Marking a major milestone at Primorsky

HALO has cleared over 100,000 explosive items from an arms store explosion
5th September 2022

On 2 August 2017, a massive blast rocked Primorsky, a small community on the Black Sea coast, when a military ammunition storehouse suddenly exploded. The explosion caused the deaths of three civilians and injured 64. The force of the explosion destroyed 12 homes, damaged 122, and threw an estimated 100,000 items of unexploded ordnance across the surrounding countryside in 1.25km radius. These explosives posed a clear danger to the lives and livelihoods of nearly 6,500 local people and the thousands of tourists who visit the nearby sulphur spring each year.

Before and After at Primorsky 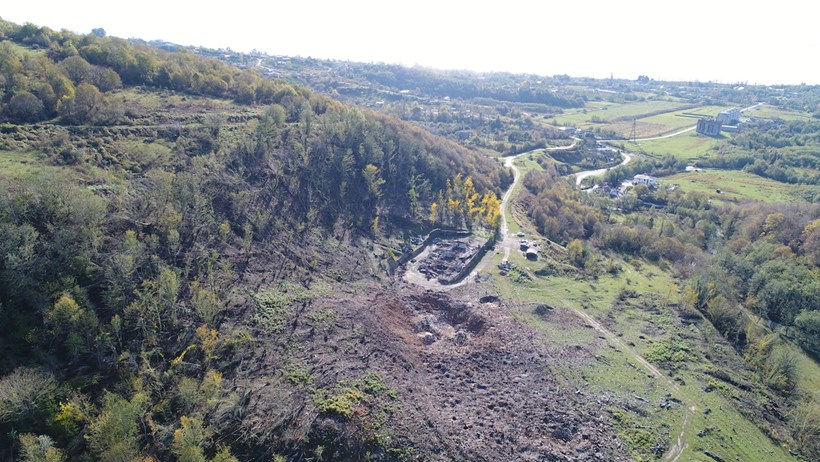 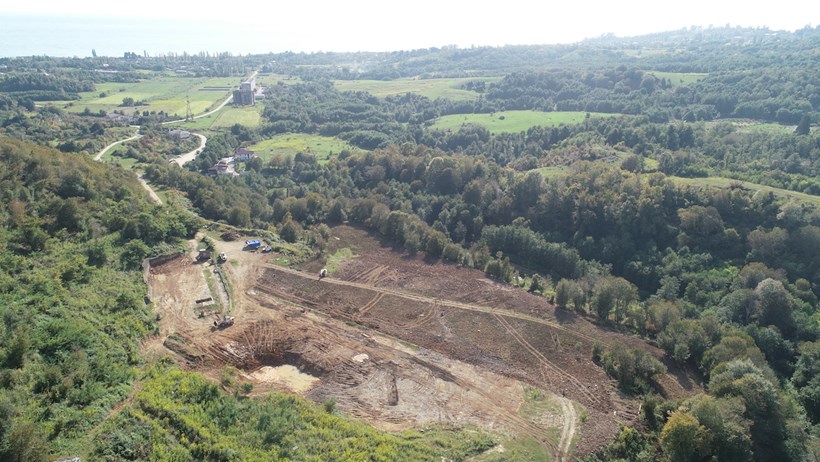 Within a few days of the explosion, HALO provided emergency response on the ground and then began working diligently to clear the crater and surrounding area, destroying dangerous items that might otherwise cause accidents or be used for violence by criminal actors. HALO also provided risk education classes to community members and tourists.

On 31 July 2022, nearly five years since beginning surface clearance work at the site of the Primorsky explosion, HALO teams completed this mammoth task. In total, HALO cleared 3,143,245m2 of ground and removed and destroyed 100,042 items of unexploded ordnance within the crater zone. Most recently, from 1 June 2021 to 31 July 2022, HALO deployed multiple mechanical and battle area clearance teams for a final phase of surface clearance with support from the Swiss Federal Department of Federal Affairs. In this period, HALO deminers cleared 447,141m2 of ground and safely destroyed 88 anti-personnel mines and 852 items of unexploded ordnance.

As a legacy of HALO’s work, land that has been uninhabitable since August 2017 has been returned to the local residents for safe, productive, and habitable use, increasing human security and furthering international efforts to stabilise a region still recovering from armed conflict. 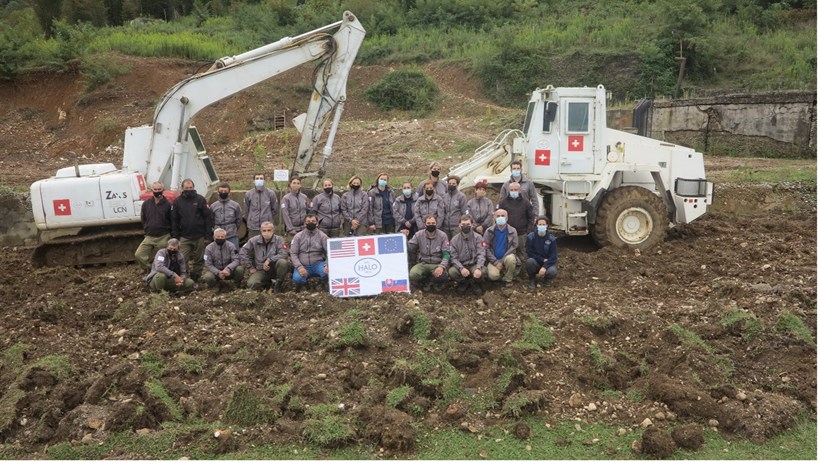 Thanks to the generous support of

Funded by the European Union

Government of The United Kingdom