A Safe Place to Call Home

ISIS forces overrun the city. Mohamad and his family abandon their home and flee Baiji in fear of what is to come.

2014-2016: Fierce fighting devastates entire neighbourhoods. ISIS use Mohamad’s beautiful home as a sniper position and, during a counter-offensive, the back wall is destroyed by shelling.

October 2016: Baiji is recaptured from ISIS. Mohamad and his family are among the first to return.

“When I arrived it was like a ghost town. There were no people, just birds and foxes, even the dogs had gone. Everywhere was destroyed.”

Mohamad and his neighbours are desperate to rebuild their homes but hidden amongst the flattened buildings are deadly explosives, IEDS, caches of ammunition and bodies of ISIS fighters. Mohamad is terrified for the safety of his six children. His daughter Ayat, meaning miracle, doesn’t stray far from home but his son, Mustafa, is innately curious and loves to run along the rooftops and play among the rubble. 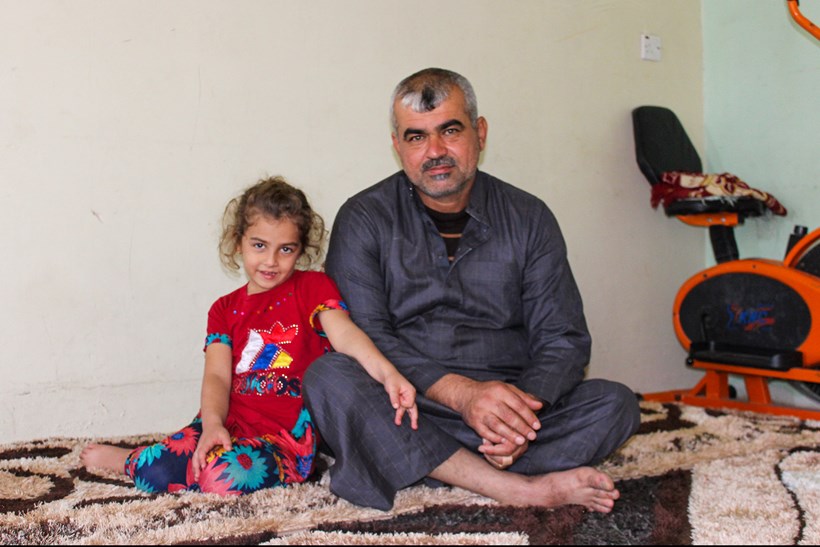 A Rocket On The Roof

The house next door remains abandoned. On the roof, just metres from Mohamad’s newly restored wall, lies an explosive. If it detonated the family’s lives would be at risk and their house destroyed. In desperation, Mohamad even considers removing it himself, but he has heard of too many accidents to take the risk.

“We hear about a lot of accidents from explosive items, some people are lucky to get rid of something and it doesn’t explode—but not everyone.”

HALO’s specially trained explosive ordnance disposal team safely removed the rocket from Mohamad’s house. But across the city, families continue to live surrounded by dangerous explosives. Like parents everywhere, Mohamad hopes for a future where his children can play and live in safety.

"Our neighbourhood is still littered with explosives. We can’t go anywhere without being afraid."

With your support we can make sure families like Mohamad’s have a safe place to call home.