MAKING THE JOURNEY TO SCHOOL SAFE

In the northeast of Zimbabwe, in the province of Mashonaland Central, Chisecha is an unremarkable African village. Notable only for its proximity to the border with Mozambique. But Chisecha lives with history. In the mid-1970s the military of what was then Rhodesia laid a dense minefiel just at the edge of the village.

The minefield runs for hundreds of kilometres in each direction and was designed to prevent fighters from the opposition entering the country. Even for the short few years before Zimbabwe replaced Rhodesia, the military admitted the minefield was ineffectual because it was never constantly under observation.

The only people it ever endangered were the farmers and children and cattle of the villages huddled up against the border - where the only local water source flows, the Mukumbura River.

Just 200 metres from the minefield is Chisecha Primary School, with 1,000 pupils, half of whom used to have to walk through the minefield to get to the school. 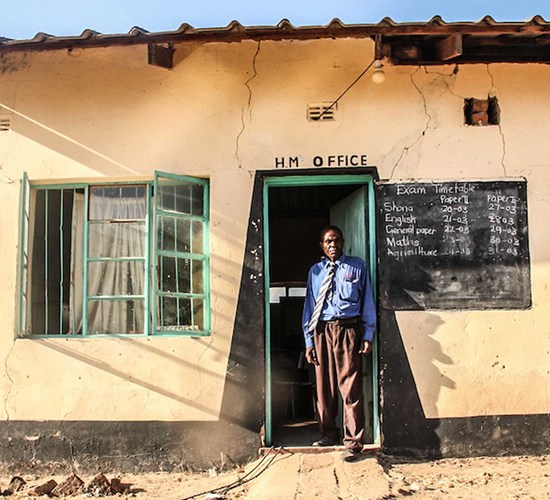 "They are just children. They can become complacent about the danger and leave the path. There have been seven accidents recorded near the school"

Now thanks to donations from the British public to HALO's Breaking Boundaries appeal that was matched by the UK Government, HALO has removed 131 mines from the section of minefield closest to the school. At Chisecha HALO has cleared 12,500 sq metres of land - equivalent to about three football pitches.

This clearance is part of is the first half of the Breaking Boundaries project which is due to complete at the end of 2021. 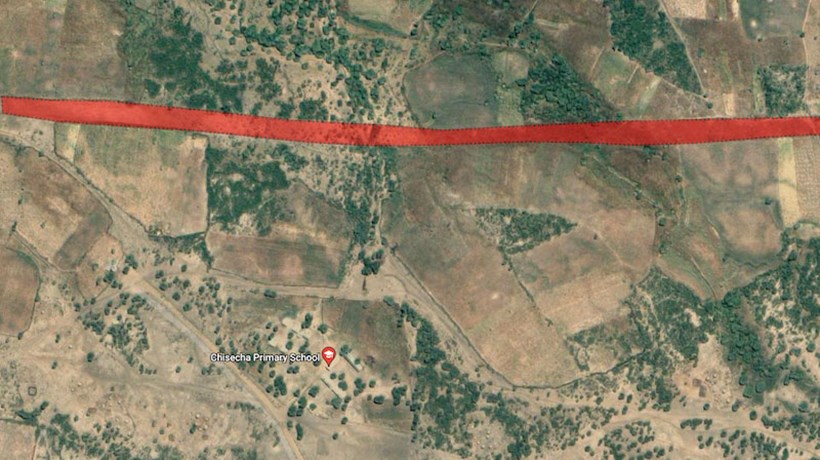 In addition to the children who attend the Chisecha school, mine clearance funded by the British public and matched by the British Government has already cleared 33,000 sq metres along Zimbabwe's heavily mined border. This means many can safely access the river for the first time in their lives. Farmers are able to grow more food because mines have been removed from their land and family savings - held in the form of cattle - are no longer threatened by the mines.

HALO has been using mechnical clearance to tackle the minefield next to Chisecha because a commercial operator had previously attempted clearance and failed to complete the task, instead disturbing the ground and tilting the mines and making them too dangerous to remove by hand. Most of the mines on Zimbabwe's borders are a sensitive, minimum-metal mine called a R2M2 that are hard to detect and easy to accidentally detonate.

Among the mechanical clearance equipment the Zimbabwe programme employs is machine donated by the UK minerals mining company MMD. The MMD Sizer (pictured below) can crush rocks, soil and anti-personnel landmines without any damage to the machine or risk to HALO staff.