“Now that the area has been cleared of landmines, it is easier for us to move around, go to work, and our children can play freely. We have more land for cultivation, and people from other communities already feel safer to coming to our location for trade.”

Cavongue is a small community in Bié province, Angola. In the 1980s, during Angola’s Civil War, a minefield was laid here near a railway bridge and the community had been living in fear ever since. Making land safe not only save lives, it also allows communities to develop—minefields can become farmers' fields and safe access to essential resources is restored, increasing livelihood opportunities for local families. In the rural communities where HALO works in Angola, this is vital as many families live below the poverty line and are disproportionately affected by the multi-dimensional impacts of poverty. Thanks to funding from the United States Department of State (PM/WRA), HALO was able to clear the minefield and return the land to the villagers.

To understand the needs of the communities we support and the impact of our work, HALO Angola has a community liaison team funded by PM/WRA, who work closely with families throughout the clearance process. The team visited Cavongue soon after work was completed. The soba (village elder) said that one of the immediate effects had been the feeling of safety as soon as the land was handed over to them. In a group discussion, community members said they will be using the cleared area to build houses and for cultivation. Most of the villagers believe that with more land for growing, the production of agricultural products will increase and they will have a greater diversity of crops. They also think that some government projects, such as building roads, were not being conducted due to the threat of landmines but now they hope the government will be able to implement their projects.

Thank you to the US Department of State for their continued support of demining in Angola, ensuring more communities like Cavongue can live in safety and enabling more opportunities for the people of Angola. 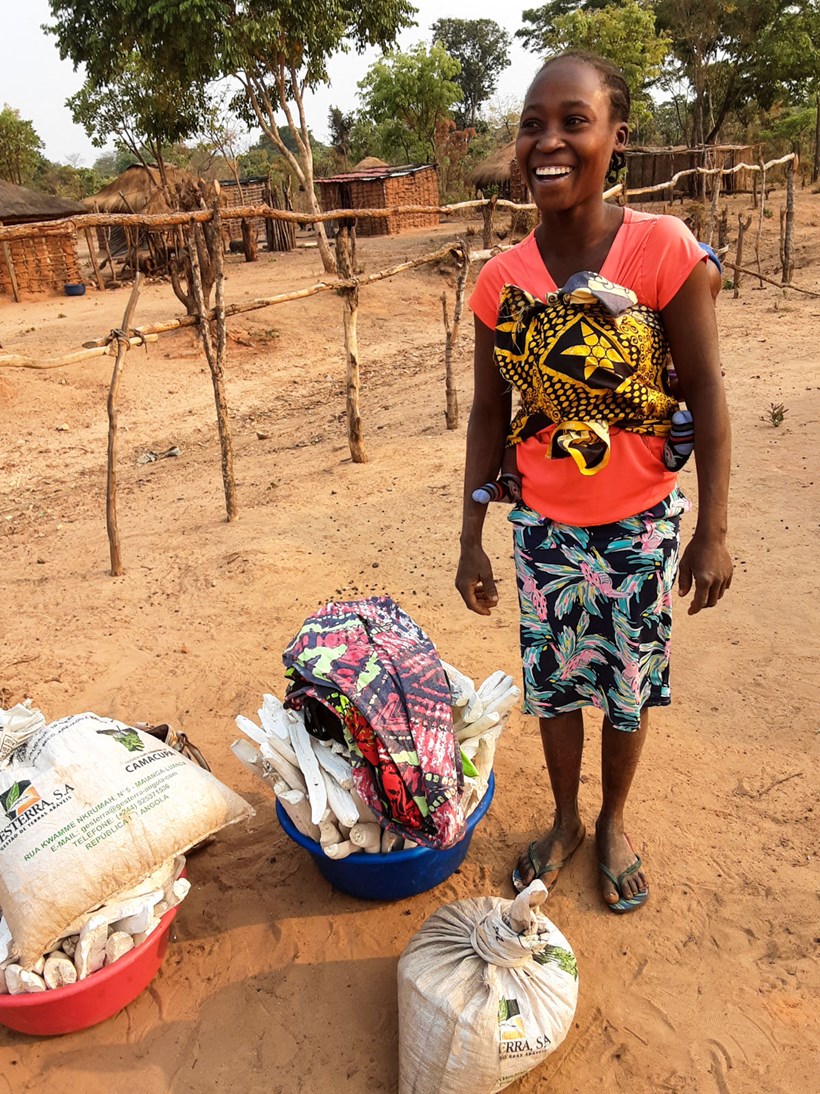