In late June 2014, a large number of refugee families fled into east Afghanistan from neighbouring North Waziristan. Unbeknown to them, they had pitched their tents on land strewn with anti-personnel and anti-tank mines – an unwelcome legacy from the 1980s conflict between the Russians and the Mujahedin.
UNHCR and the Mine Action Coordination Centre of Afghanistan (MACCA) turned to HALO for help.

Refugee tents were swiftly relocated away from the hazardous areas as HALO drew up a priority clearance plan for the remaining contaminated ground alongside local district authorities, UNHCR and the families’ representatives.

At the project’s peak in March 2015, HALO had over 600 operational staff deployed in Gulan Camp and the immediate area, making up 21 x manual demining teams and 12 x mechanical demining teams. In just 12 months, 726 anti-personnel mines, 164 anti-tank mines and 74 items of unexploded ordnance (UXO) were destroyed and a total of 1,735, 461sqm of mined ground was cleared.

There can be little doubt that the commitment made by donors, UNCHR and HALO to provide an emergency response to the Gulan camp refugees saved many lives. Any one of the destroyed items had the potential to cause serious injury or death to multiple casualties if they had been inadvertently initiated. Take the three boys aged 7 – 12 years who came across a piece of UXO whilst playing in an uncleared area in March 2014. They were taking the 122mm artillery fuse to sell to a local scrap dealer. After the dealer warned them the item was potentially dangerous due to the explosive remaining within the fuze, the children decided to try and extract the explosive themselves, by smashing it with a large rock. All three children received injuries to their lower legs, with the eldest child sustaining the most serious injury.

We are immensely proud of our clearance work at Gulan but it is far from finished. The constant stream of refugees forced across the Pakistani border to the camp means that mines and ERW continue to pose a lethal threat to the local and incoming population. UNHCR has since requested that HALO clears an additional 450,000 sqm area south-west of the camp.

The surrounding countryside is also sporadically strewn with UXO left over from three decades of conflict. It is only a matter of time before another child or curious shepherd mistakes one for a piece of scrap and picks it up, causing it detonate immediately. Only complete and systematic removal of all mines and explosive remnants of war (ERW) from the entire surrounding area of Gulan can remove this risk and create a safe environment from these most vulnerable of communities. 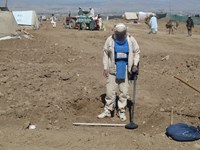 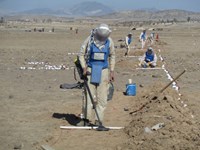 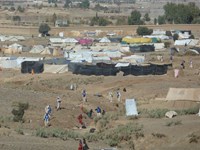 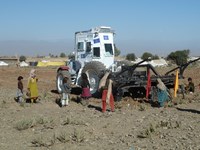 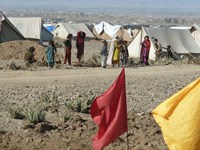 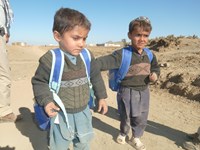 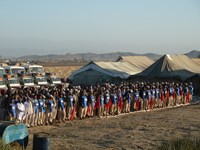 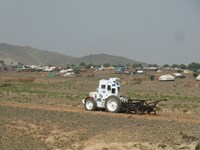 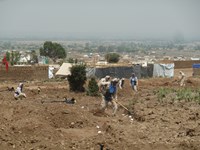