"Watching my back": Living with gang violence in El Salvador

In the 1980s and 90s El Salvador was ravaged by civil war as society fractured along economic and political lines. An estimated 70,000 people were killed and even after a peace was brokered divisions remained.

The civil war saw large numbers of guns imported into El Salvador. Today these weapons contribute to the country’s high levels of crime and violence. Gang culture has spread, leaving El Salvador with one of the highest murder rates in the world. HALO is working in partnership with the Salvadoran Armed Forces and National Civil Police to ensure the safe storage and destruction of obsolete weapons, with the aim of improving the security of local people.

Maria is a 41-year-old teacher and lives in the neighbourhood of El Paraíso which is in the Chalatenango region of El Salvador. She is neatly dressed and softly spoken, agreeing to talk to HALO on condition of anonymity. Her house is simple—a hammock hangs in the main room and an old television sits silently in the corner. The windows are fortified with iron bars but this does little to make her feel safe.

“I have to live watching my back all the time. I have to be careful not to leave my house with anything of value that could catch the attention of the gang (or ‘maras’ in Salvadoran Spanish) who live in my neighbourhood, this includes shoes and jewellery."

Around 10:00am the young men in Barrio 18 (the gang that controls her neighbourhood) begin to gather in the streets and at night things can get very dangerous. Because of this, I do not leave my house after 8:00 pm. After this time, they start to stop people on the streets to ask them where they are going and taking their valuables away.

My husband works at a military unit as a plane mechanic. I fear every day that the maras will find out he is in the military and harm him (gang members hate the military). To keep ourselves safe we tell people in our community that he works as a teacher like me.

Every weekend we move to my mother’s house. It is in the same neighbourhood, but her house is located at the end of the street. It is safer to be there because the maras play soccer all Saturday and Sunday in the park which is very close to my house and control the area. My husband and I dedicate weekends to prayer and try to keep a distance from the gangs to be in peace. 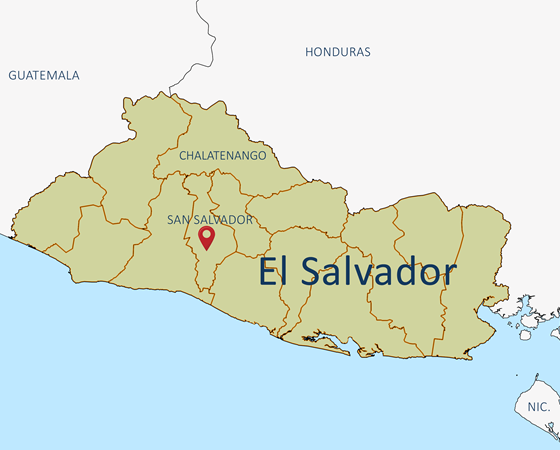 Maria lives in the Chalatenango region of El Salvador. During the civil war, thousands of weapons were imported to the country and today contribute to violence and crime. Working in partnership with the army and civil police, HALO will destroy surplus weapons—improving security for local communities like Maria's. 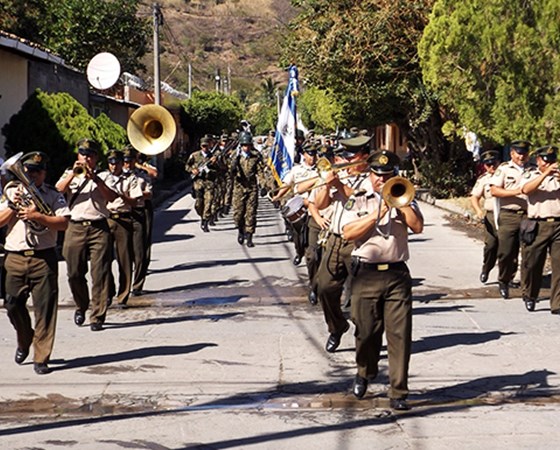 A parade takes place on the streets of El Paraíso the day after our interview with Maria. The community lives in fear of the gang Barrio 18 who control all the entry and exit points to the area. Often violence can break out between Barrio 18 and their rivals MS-13.

"Unfortunately, no one comes to visit us in our home because Barrio 18 have taken over all the neighbourhood’s entries and exits and it is really hard to enter or leave without the risk of being harmed. When people who live elsewhere come to visit, they get stopped or even attacked because the maras want to know if they come from a neighbourhood that is controlled by MS-13—the rival gang."

I work at a local school as a teacher but I feel unsafe every day. There are young boys who are in charge of observing every person who enters the school. If they are people that are new in the area, the boys interrogate them. They demand: “Where are you going?” “What is your business here?” “Do you know any gang member in the area?” “Do you belong to any maras?”

Barrio 18 also charge “Rentiaron”. Every day they charge people $0.25 to walk safely through the school’s community. If you do not have the $0.25 or refuse to pay it, they don’t allow you to enter the school or any place near it. They do not charge me because I am a teacher and some from the maras are my students but sometimes I have to give them a “collaboracion para la marra” (a collaboration fee) so they let me teach that day’s lesson. The other problem is that all the young ladies who live in my neighbourhood end up being girlfriends with the gang members, some of them out of fear, some of them by choice; but they all end up in trouble or dead. This is why I do not want to have children yet. Unless we moved elsewhere, their future would be at risk.

I have experienced personal threats from the maras. One of my students started to threaten me by sending notes. He also threatened me in person. This happened because the school did not want to admit him due to his physical appearance (he looked like a gang member). When I told him that I could not do much about it because those were the school’s rules, he told me “Because of this type of situation people appear in a plastic bag.”

"Last year, I was riding the bus back home from school at around 6pm when Barrio 18 started to fight with their rivals, MS-13. They began to shoot at each other with firearms. I was in the middle of it. I had to throw myself on the floor and pray for my life."

After what felt like an eternity they stopped and the bus started its journey again. The next day, I found out that one of the maras members killed in the shooting was my student and that the firearms were stolen from the security guard at a local supermarket that belongs to an area controlled by the opposing MS-13.

Another time, I was teaching when Barrio 18 interrupted my computer class. They came into the classroom to kill one of my students right in front of me! They called him “knife” because of a scar he had on his face. He had decided to leave the gang, so they took him from my class and he was found dead in the main street later that night. It was shocking to see this happening and not being able to do anything.

I have hundreds of stories like this but I do not want to talk about them because they make me live those bad experiences again. It is hard to live under these conditions.

With funding from the U.S. Department of State and in collaboration with the Salvadoran Armed Forces and National Civil Police, HALO are working to improve security and build a safer future for the people of El Salvador. 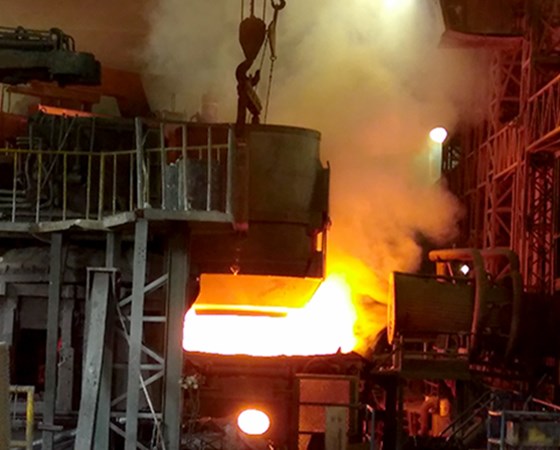 HALO is working with the El Salvadoran Armed Forces to destroy surplus weapons. Here over 600 guns are melted down. 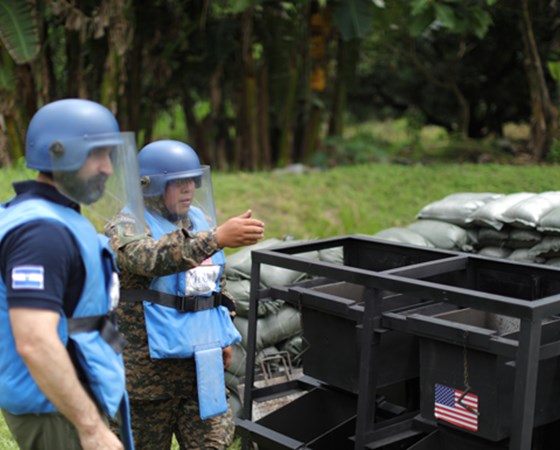 Thanks to funding from the U.S. Department of State, HALO is supporting the armed forces to destroy weapons stockpiles, preventing accidents and increasing security.