Thanks to the support of the US Department of State.
28th April 2022

As the morning bugle sounds, families emerge from their houses across Cobbe Barracks in Zomba, Malawi. Children pump water from the nearby well and play by the parade ground, on the hilly compound at the base of the Zomba Plateau mothers are busy cultivating small plots of land.

Zomba is one of the most densely populated cities in Malawi. Approximately 7,000 of the 105,000 residents live in Ntiya where Cobbe Barracks is located—home to the Malawi Defence Force’s (MDF) ammunition depot. A former psychiatric hospital, the building has been repurposed to hold explosives but remains in need of additional repairs.

In light of recent events, such as the Beirut explosion and the unplanned explosion at a military base in Equatorial Guinea in March 2021, the Malawi Defence Force is increasing the safety of their weapons depot to protect their staff and the local community.

The consequences of an unplanned explosion would be devastating. Just a few short metres away are family houses, a public road, school, hospital and prison. In the event of an accident all of Zomba's 105,000 residents would be affected, hundreds would be killed and injured and nearby infrastructure destroyed.

However, thanks to the support of the US Department of State, HALO began working with the Malawi Defense Force in 2019 to reduce this risk and protect the lives of the local community—destroying ageing ammunition held at the barracks, improving conditions in the ammunition depot and training the MDF in better storage practices.

Since 2021, HALO has been providing technical training in ammunition handling to the men and women of the Malawi Defence Force and has constructed purpose built stores to safely house the MDF’s ammunition stockpiles. The Malawi Defence Force is fundamental to regional security, regularly assisting the UN on peacekeeping missions. Thanks to the ongoing commitment of the US Department of State, HALO is able to provide sustained mentorship to the MDF in ammunition management and the safe disposal of explosives, helping create a more secure future for the region. 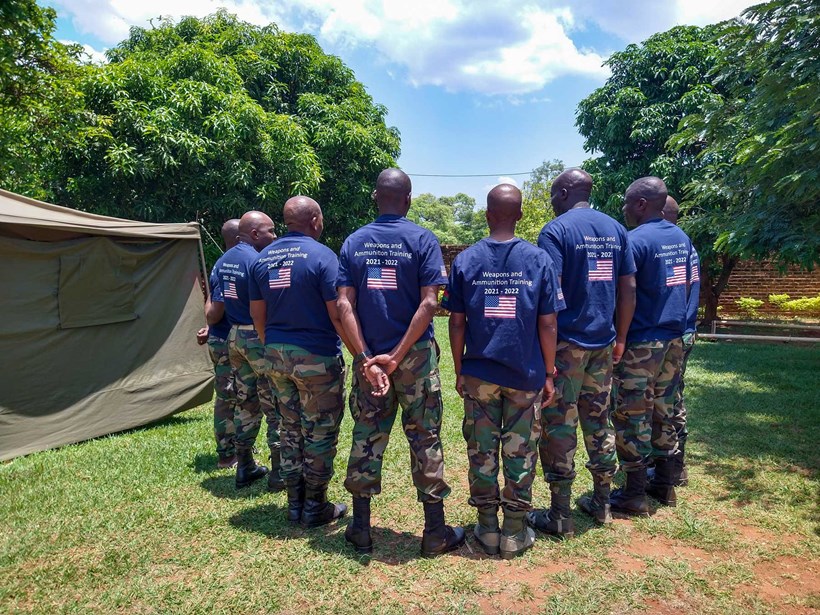