Builder and decorator Mahir Qatawi 45, lives with his mother, his two daughters and son under one roof outside the town of a-Nabi Elyas in the West Bank. As all of his construction work takes place in Israel, he has to cross through the checkpoint every day. While his employment is enough to sustain his family, Mahir would like to provide for them through cultivating their own land, both for their own consumption and for sale.

In 2011, Mahir purchased just under an acre of land on the edge of a-Nabi Elyas, but was unaware that part of it lay within a minefield. The minefield was laid by the Jordanian army during the Arab-Israeli war and the land remained unused ever since. Unaware of the danger, Mahir planted 80 young olive trees. He stopped planting as soon he discovered a mine. Unable to access the grove to water it, the young trees swiftly died.

Three years later, The HALO Trust began clearance on the a-Nabi Elyas minefield, to allow Mahir and the 10 other landowning families to access and use their land again in safety. For Mahir, the day can’t come quickly enough.

Mahir shares his hopes to plant additional olive trees alongside new vegetable, avocado and fruit trees crops. Ultimately, Mahir hopes to support his family entirely through homegrown produce, ending his daily trek across the border and through the checkpoint. 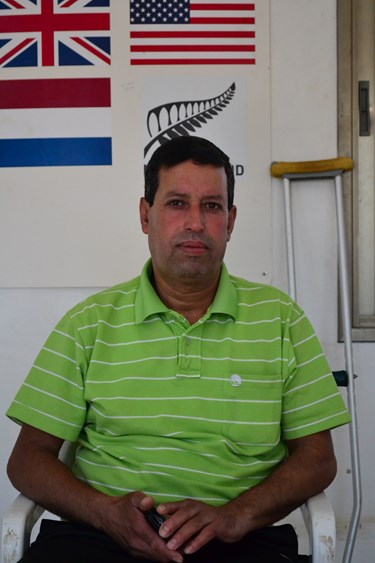 I want to work from the earth, my earth.

Fatimah Quraan, 34, has three children and a new baby on the way. Home is a small house which she shares with her husband and in-laws. As the main breadwinner, Fatimah supports her family by working as a cleaner over the border in Israel. But she longs for a place to call her own.

In 2011 Fatimah bought a patch of land, barely half an acre in a picturesque fertile valley. But she was unaware that the land was in fact a minefield. Her sister Jamili broke the news to her after she discovered mines whilst cultivating her own adjacent plot.

In 2013 HALO began to clear the minefield thanks to support from PM/WRA, and the governments of New Zealand, The Netherlands and The United Kingdom. Clearance was completed in November 2015, we cleared a total of 567 anti-tank and anti-personnel mines at a-Nabi Elyas, and have return the cleared land back to Fatimah, Jamili and 9 other landowners.

For Fatimah, being able to use her land safely will be life changing. It will provide her with a place where she can escape the pressures of everyday life and for her children can play in safety. 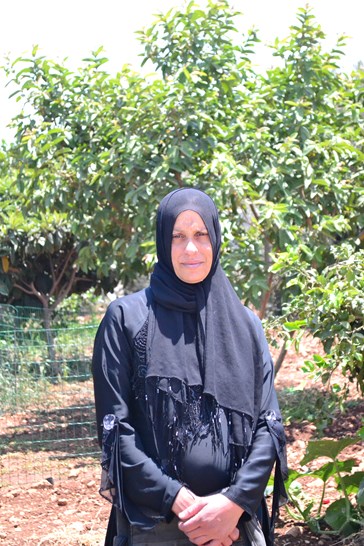 I want to grow olives and fruit trees, and what we don’t eat I can sell. I don’t know if I will be able to build a house there, but one day I would like to.