Stepping into the future

In Zimbabwe, our partnership with Cassim's Prosthetics is supporting landmine survivors to regain their independence.
21st June 2021 | Zimbabwe

These are the words Daniel Kutsakatika uses to describe to landmines that robbed him of his left leg. Concealed beneath the earth since the Liberation War of the 1970s, Zimbabwe’s landmines are, as Daniel explains, "waiting for their next victim."

Over the past four decades, the people injured by these deadly devices ordinary men, women and children; walking to fetch water, harvesting honey from their bee hives, cultivating their garden or herding livestock.

It was 1982 when Erina Jenyura stepped on a landmine whilst walking to her garden. Her left leg was so badly broken by the force of the blast that it had to be amputated. Although Erina was able to adapt to life following her accident, since her husband of 28 years died, it has been very lonely. She wants to be able to care for her grandchildren and great grandchildren but her injuries make this difficult.

Patience Musambizi was injured on 7th November 2003 as she searched for her parent’s cattle. She does not remember the explosion, only afterwards as people ran towards her screaming. The landmine didn’t just take her leg, she describes how it stole her most valuable role of being a caregiver to her family and her community.

Prince Mukoma was still a child when he was injured at 10 am on 16th August 2005 after entering a minefield to rescue his grandfather’s cattle. He recalls both the physical pain of losing a leg and the deep emotional pain of feeling ‘incomplete’ after the accident. 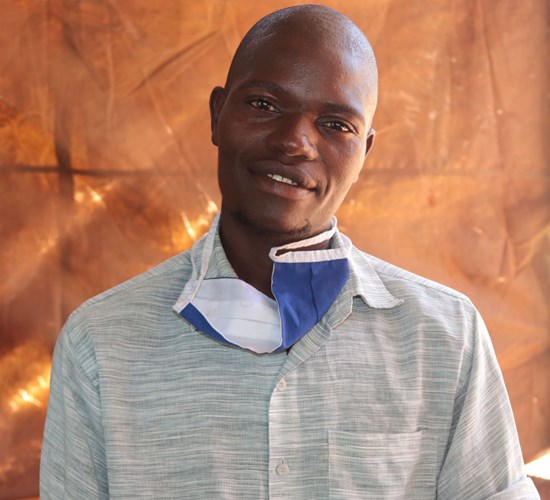 “All fields reminded me of the minefield where I got injured. I lived in constant fear. For a long while I stopped using the same road I had used when I was injured. I also became very insecure. All my friends and cousins had legs and I didn’t."

David Chibototo survived the bloodshed of the Liberation War but forty years later was injured by the landmines laid during the fighting. David had returned to his home village of Nyakusengwa to help raise his grandchildren and to build a larger home for his family. One sunny day in October 2017, he and his wife were out searching for building materials. David recalls hearing a loud thunderclap as he was thrown backwards. He had stepped on a landmine. He lost his right leg. No longer able to continue building his house, David spent his days silently watching his grandchildren play. 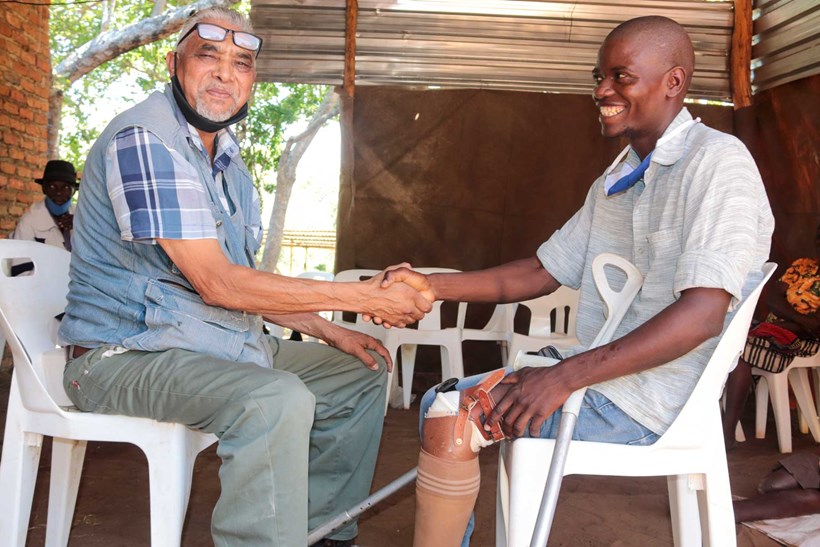 Since 2015, thanks to funding from the U.S. State Department’s Bureau of Political-Military Affairs (PM/WRA) HALO has been working with local partner, Cassim's Prosthetics and Orthotics to provide landmine accident survivors with artificial limbs. Together we have been able to provide prosthetics for over 120 people, supporting to them to regain their independence.

In December 2020, Daniel, Erina, Patience, Prince and David travelled to one of HALO's field camps in Rushinga District to meet with Mr Cassim and get measured for their prosthetics. Each prosthetic is then custom built by Mr Cassim in his factory in Bulawayo. In March this year, they returned to have their artificial limbs fitted.

For 75-year-old Erina, her new limb will allow her to embrace life again; giving her the freedom to care for her grandchildren and rekindle her passion for dancing.

“Given my age one might wonder why I am excited about my prosthetic leg. Well I am still alive and I too deserve to live a fulfilled life. I have grandchildren and great grandchildren to help take care of. The leg will also allow me to dance, the way I used to before I was injured. Dancing is my passion and I will dance to my grave."

For Patience, the new prosthetic will remove the limitations she has experienced since the accident. She is looking forward to being at the heart of her family and community once again; she will be able to walk her children to school, fetch water to cultivate her garden and contribute to the future of her village. 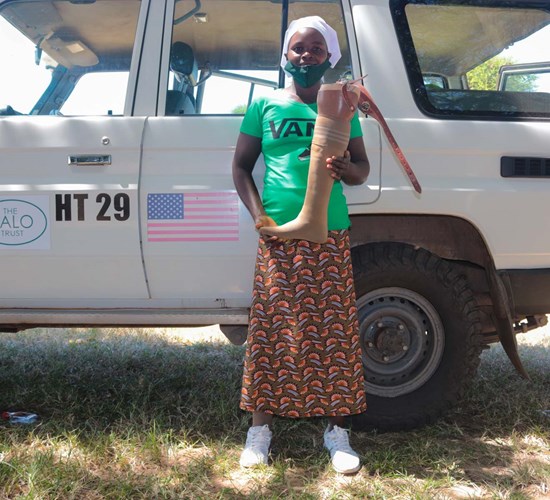 “The prosthetic leg I have received today, is not only a benefit to me but it is of benefit to my husband, my five children and my community. I cannot wait to start participating in community development projects."

The accident took away Prince's self-belief. After struggling for many years, Prince knew he needed to start living with purpose once again and enrolled on a carpentry course in 2017. With his new prosthetic he has the confidence to pursue his dream of becoming a furniture maker.

Since being injured, David has questioned many times if he will survive. But now he can look to the future for himself and his family. He has returned to building his dream home.

And for Daniel, the 'hidden killer' has no longer robbed him of his life. With his new prosthetic limb he will be able to return to farming his land to support his wife, Dolika, and their three sons. He is also an artist who had to stop weaving straw rugs as he was unable to walk long distances to gather the straw. Now he can start creating again.

“This is a dream come true, I will forever be grateful to The HALO Trust for giving me my life back." 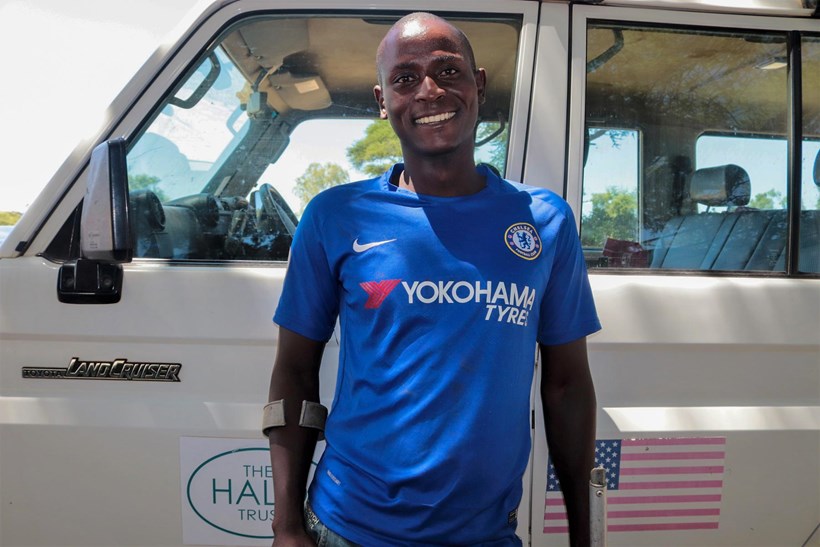 This work is made possible thanks to funding from: