The Impact of anti-vehicle Mines in Afghanistan

With support from the UK Government, and in cooperation with the Mine Action Programme in Afghanistan, this report has been produced by Dr Rebecca Roberts to examine the problem of anti-vehicle mine contamination in Afghanistan, its impact and how the sector should respond to it.

The Directorate of Mine Action Coordination (DMAC) for Afghanistan calculates that anti-vehicle mines (AVM) contaminate over 350 million square meters of land and account for over 50 per cent of the remaining legacy contamination. The Afghan government has committed to clearing the AVM contamination through its obligations to the Anti-Personnel Mine Ban Treaty and has included AVM clearance in its 2012 extension request and in its current strategic plan for mine action.

Although the humanitarian impact of AVM contamination is relatively small in comparison with the impact of other explosive hazards and the ongoing conflict, there is an impact on civilian lives and livelihoods and internationally-supported large-scale development and infrastructure projects intended to promote macro-economic development.

Clearing the remaining AVM contamination in Afghanistan is time-consuming and expensive because most of the AVMs have a minimal metal content making them difficult to detect, particularly when they have been laid sporadically, in small numbers, across large areas and without their location being recorded.

In August 2017, the Mine Action Programme of Afghanistan agreed a roadmap to address AVM contamination which included:

Progress has been made in developing and testing different methods of clearance, but other aspects of the Roadmap have yet to be tackled including the establishment of a TWG for AVM. Members of the MAPA confirmed their commitment to the Roadmap at a meeting in Kabul in April 2017. They requested external help to revise NTS methodology and analyse existing AVM data, and to develop a liability policy which they see as a complementary process for revising the NTS. The MAPA agreed to participate in a workshop to develop a resource mobilization strategy for AVM clearance.

During the preparation for this report, it became apparent that different data describing the extent of the AVM contamination, the percentage of overall contamination it represents, and the numbers of AVM cleared have been used in documents and presentations that are in the public domain. The discrepancies are a result of the different ways in which calculations are made and the changing understanding of the contamination. However, these discrepancies should be resolved and explained to ensure that credible information about the AVM clearance can be presented to donors. Qualitative and quantitative Information available about the impact of AVM contamination and clearance at the local socio-economic level and macro-economic level is also limited. 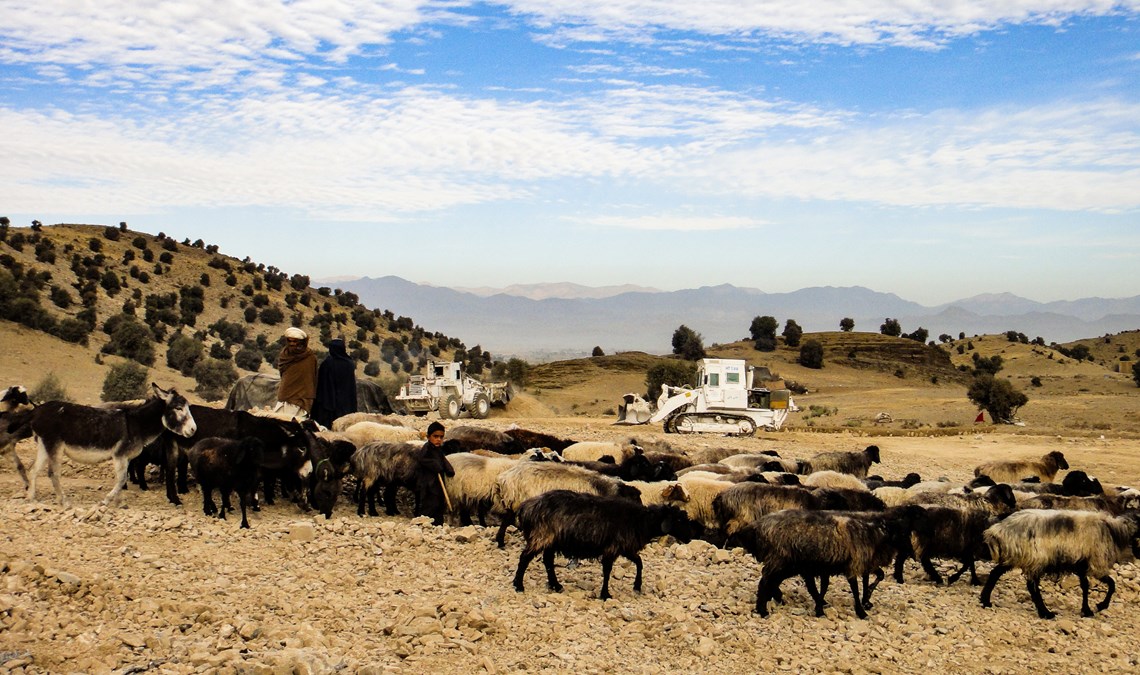 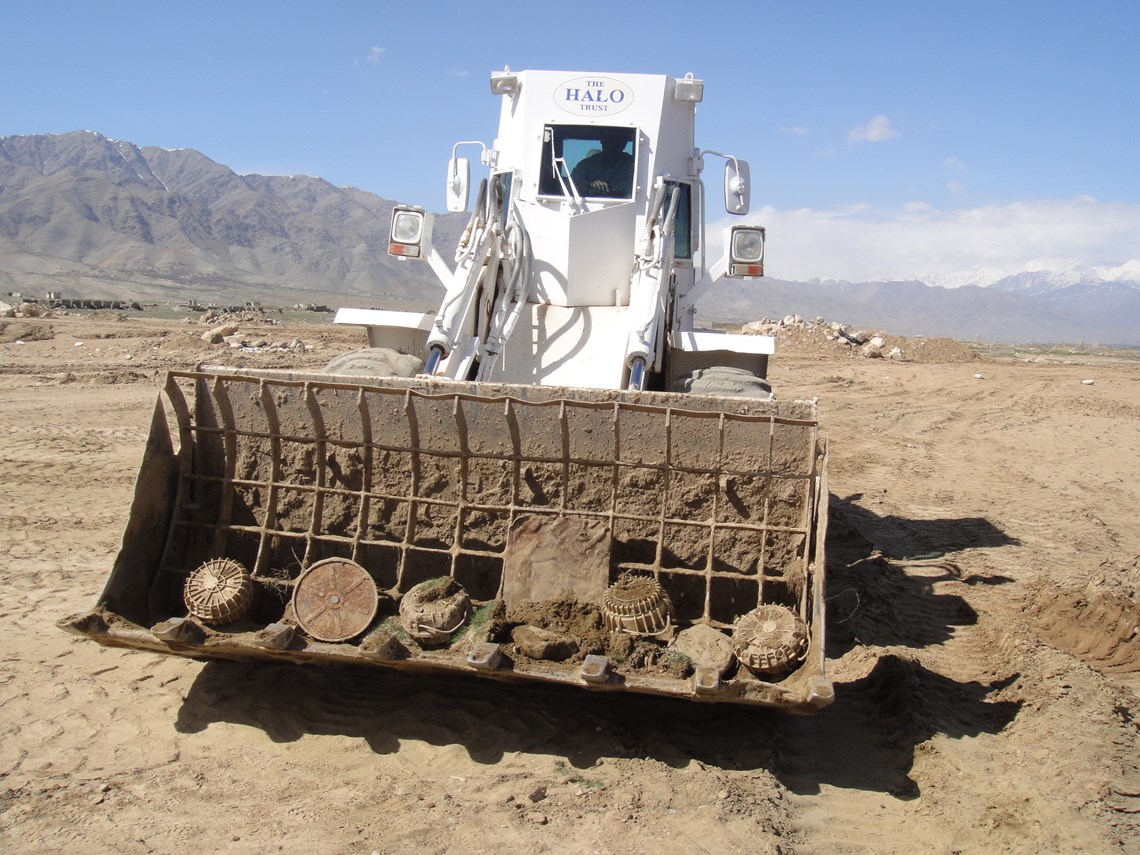 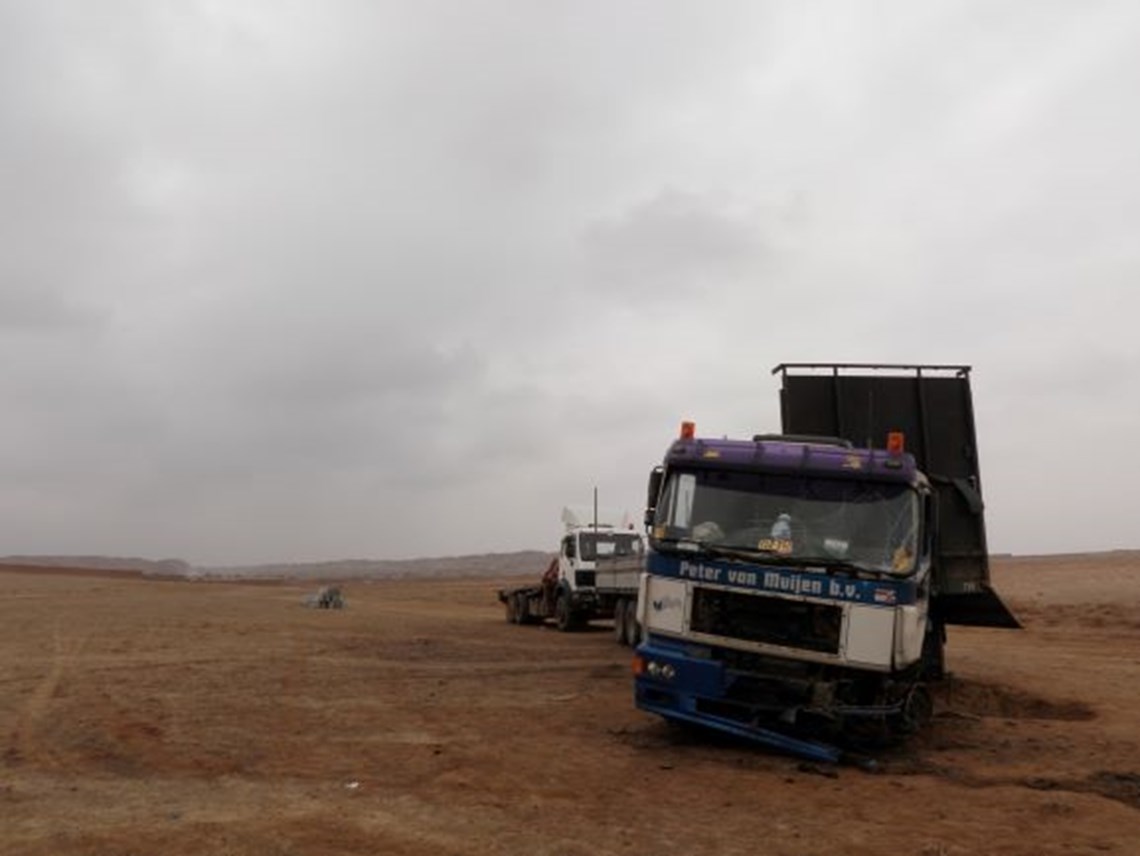 An accident caused by an anti-vehicle mine 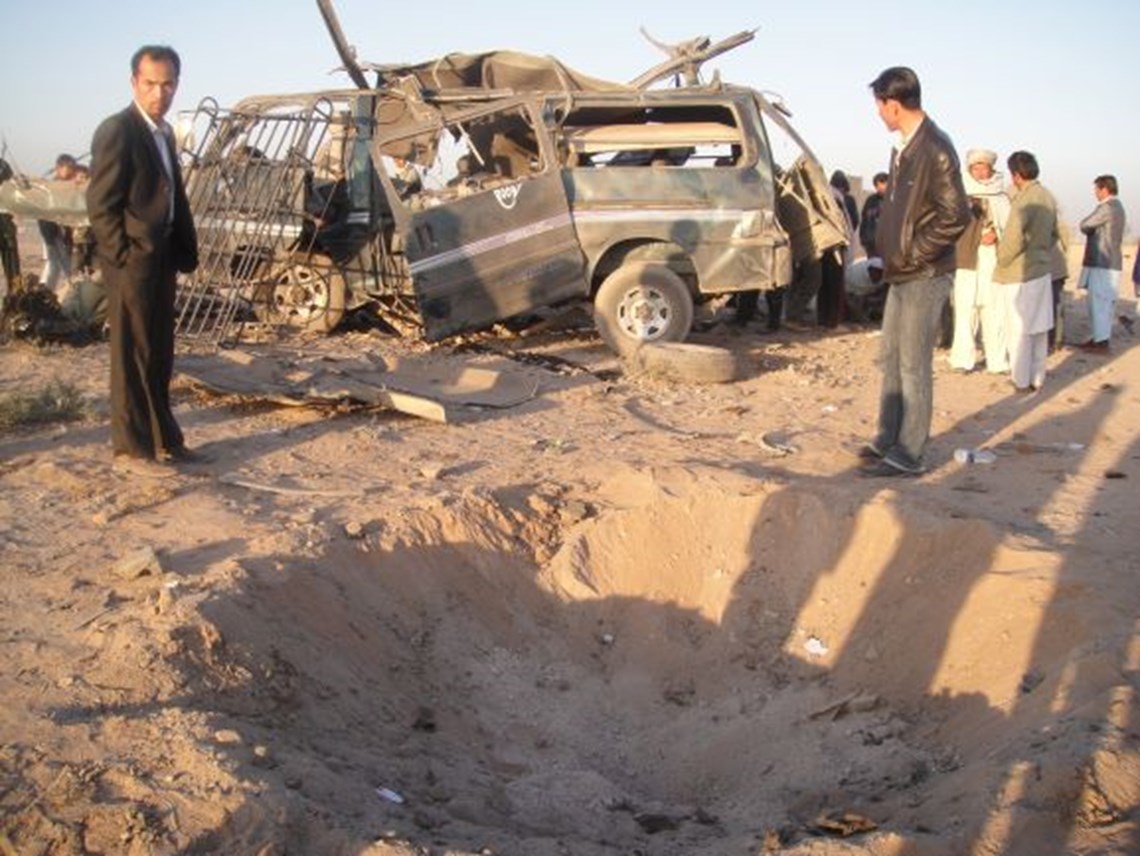 A minibus destroyed by an anti-vehicle mine 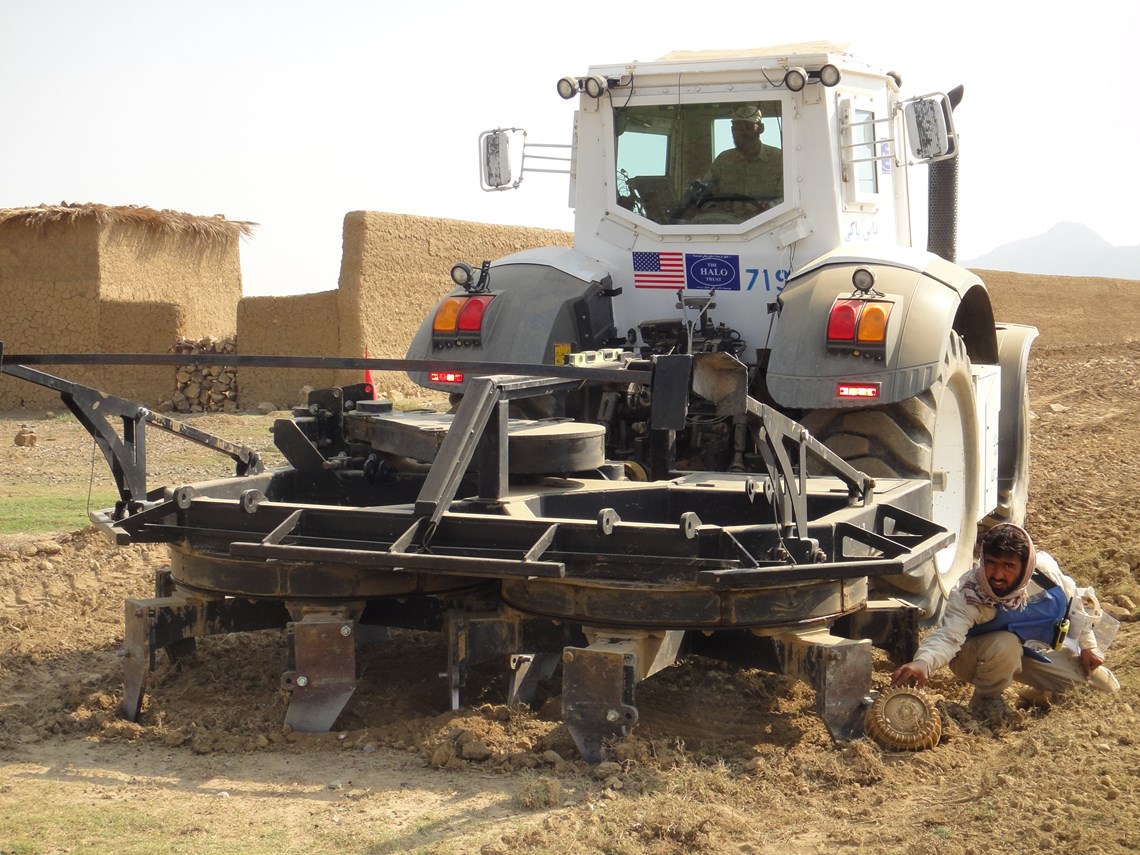 TC-6 mine unearthed by a rotary mine comb 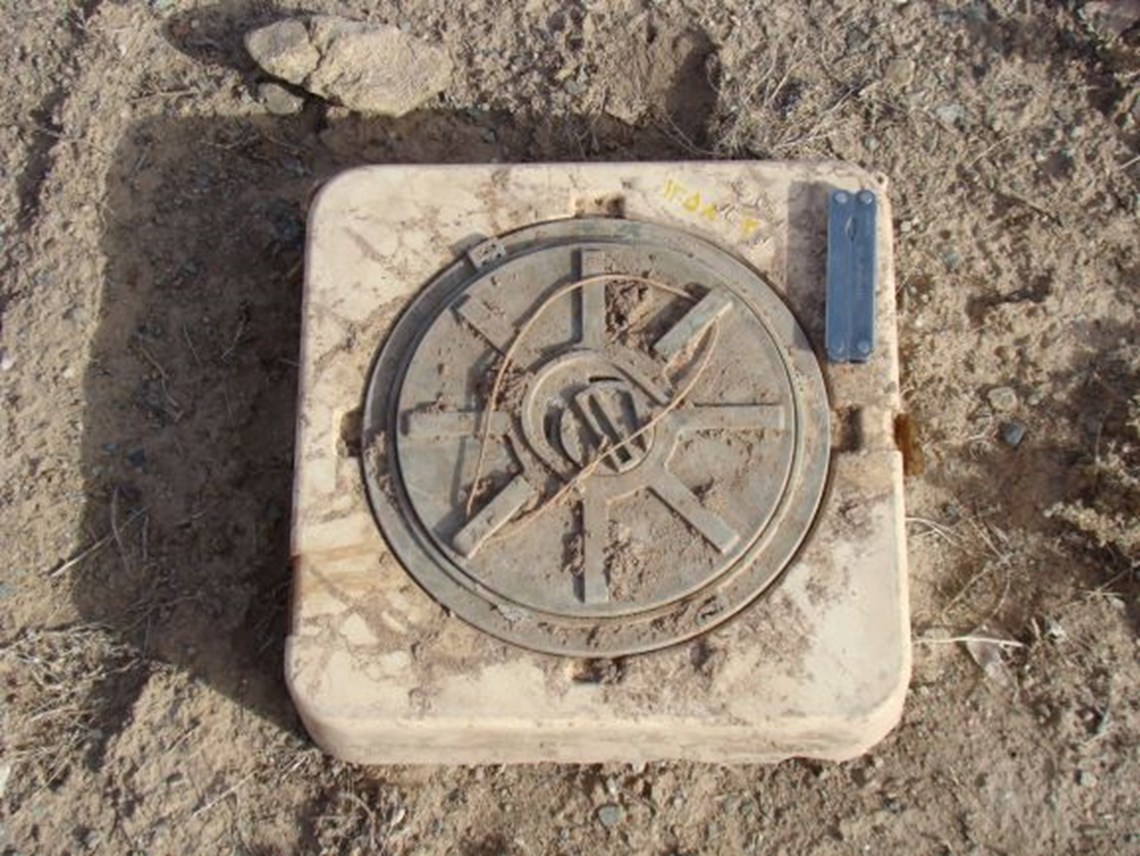 Close-up of a M19 anti-vehicle mine 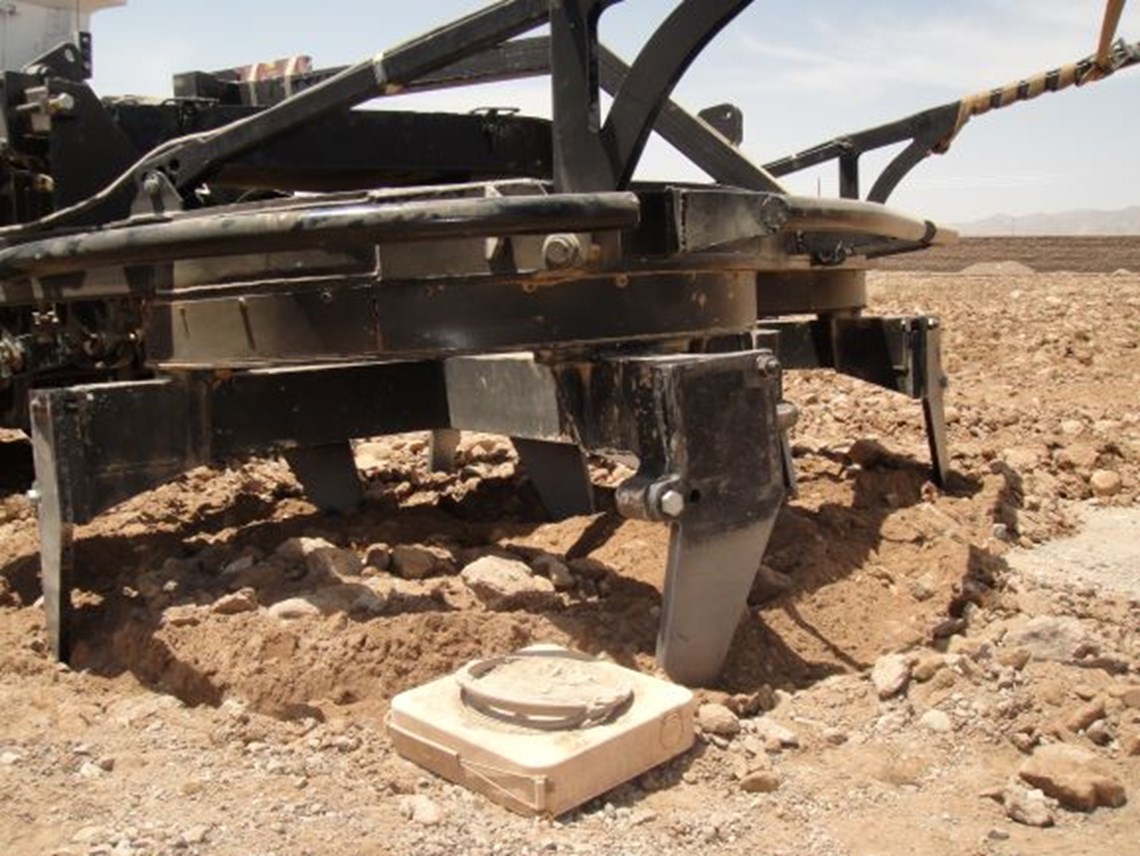 A M19 mine unearthed by a rotary mine comb 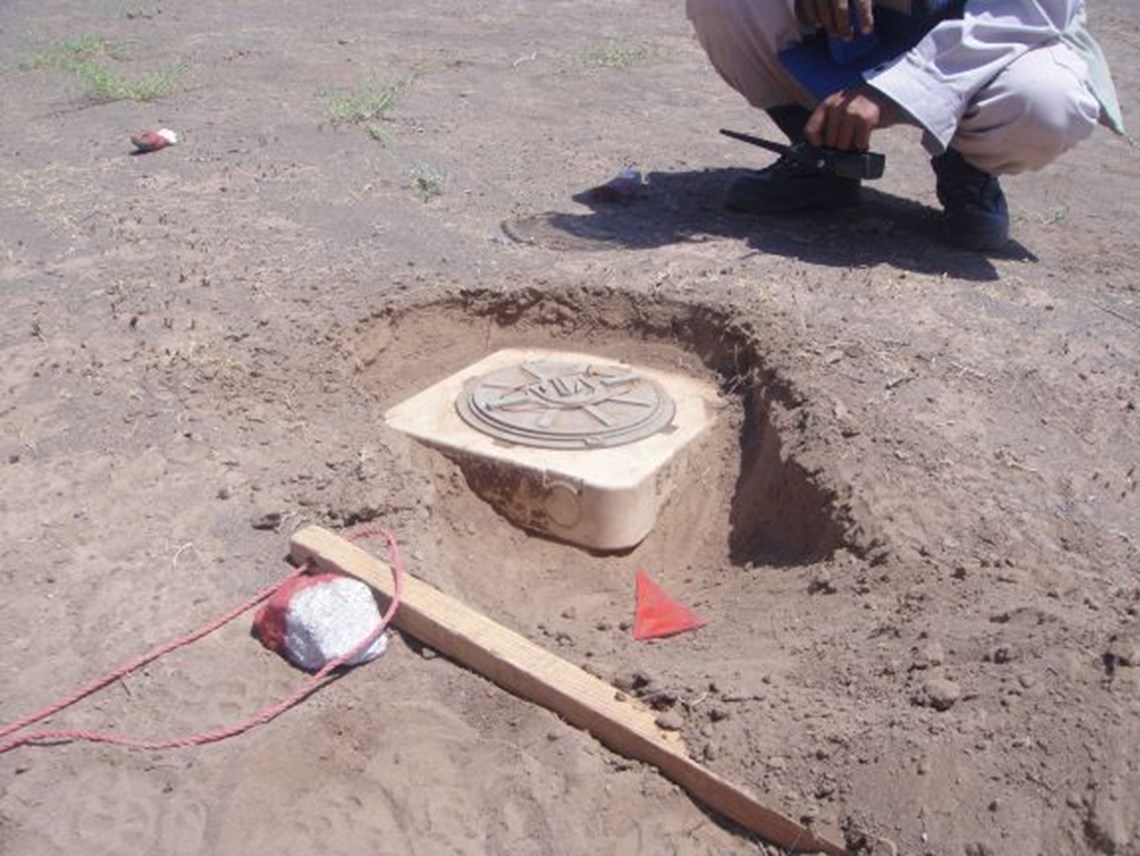 Manual clearance of a M19 mine 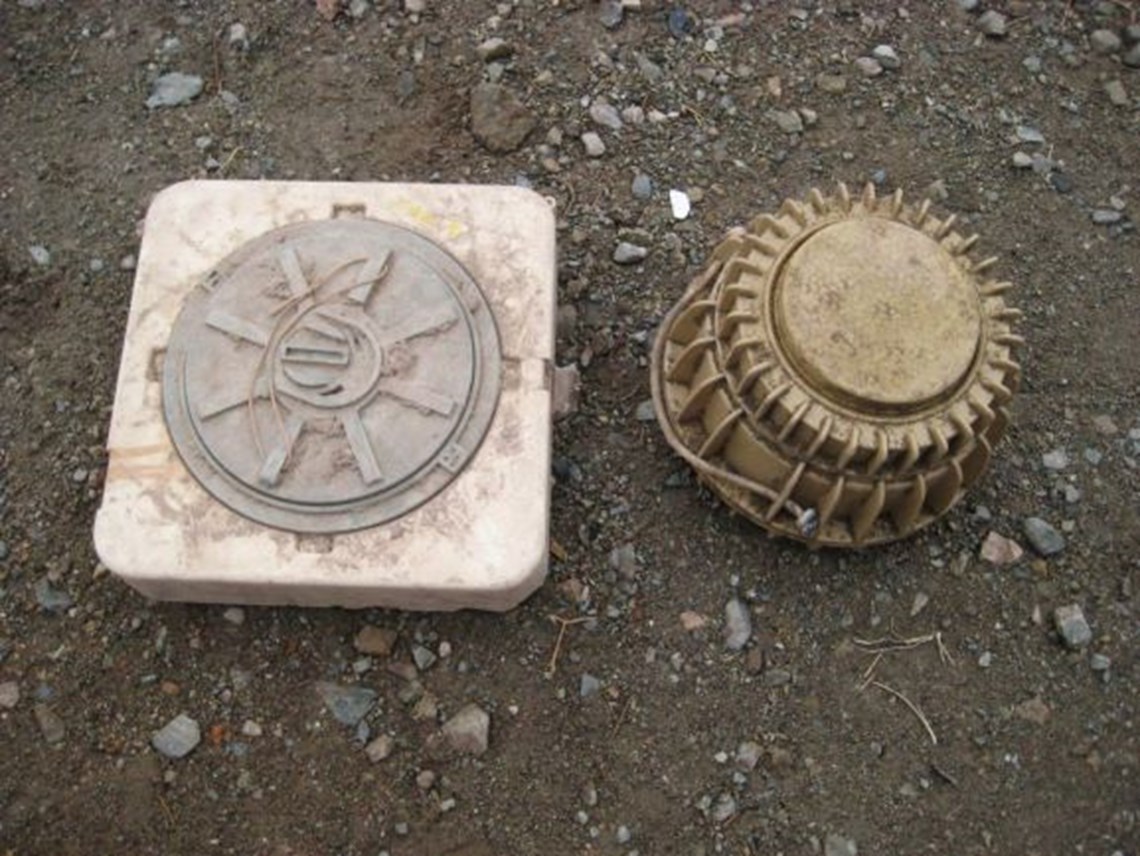 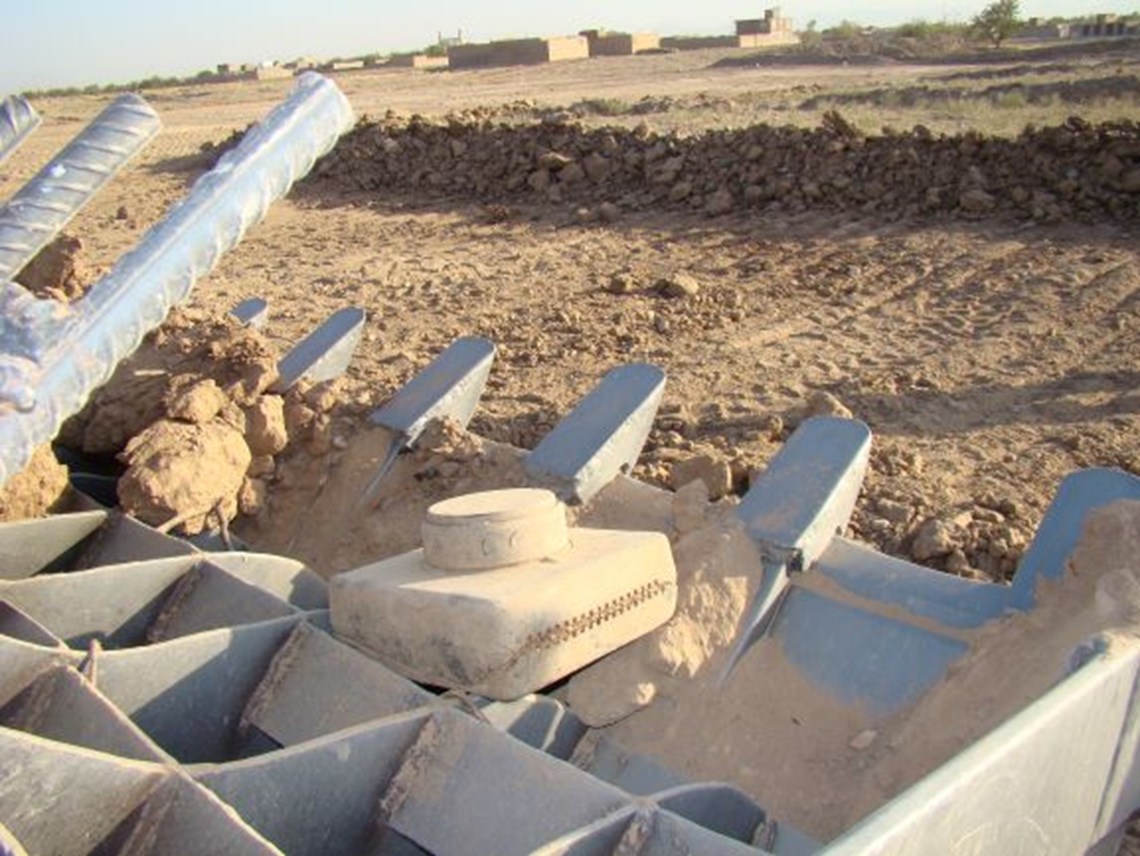 PRB M3 mine in the bucket of a mechanised clearance machine. 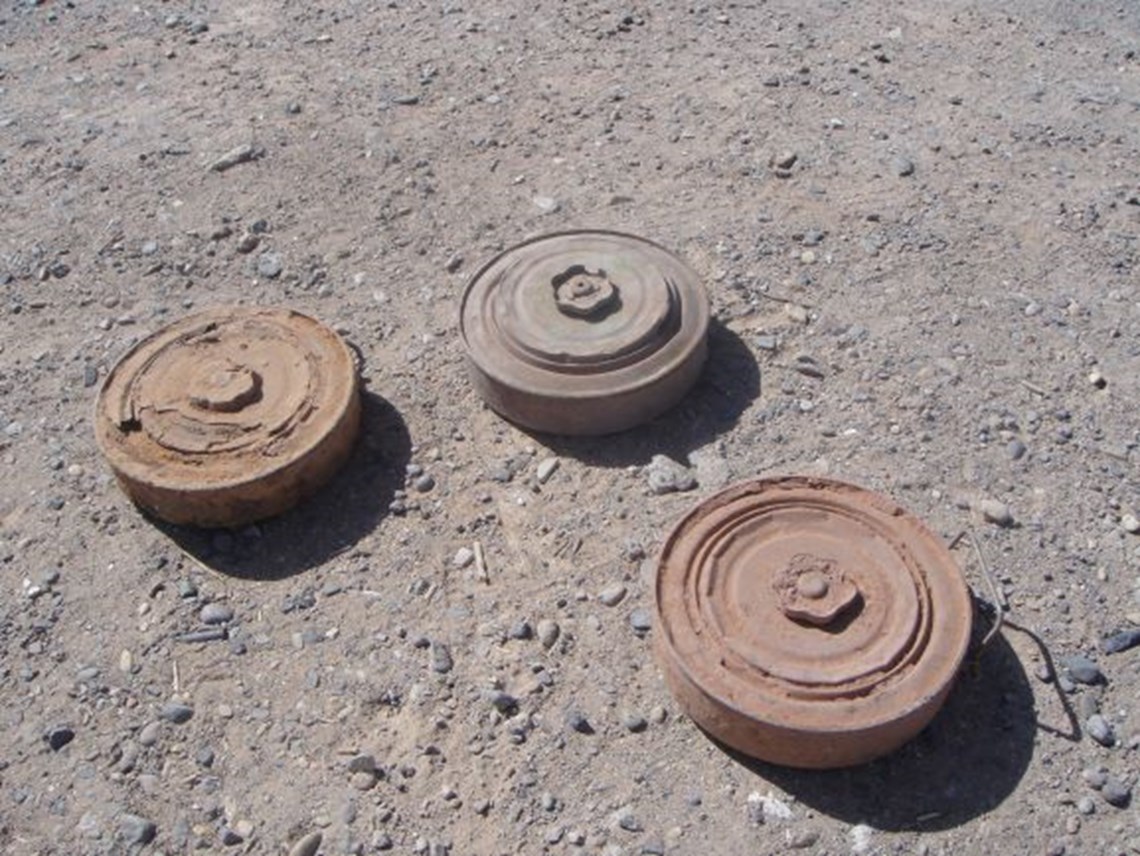 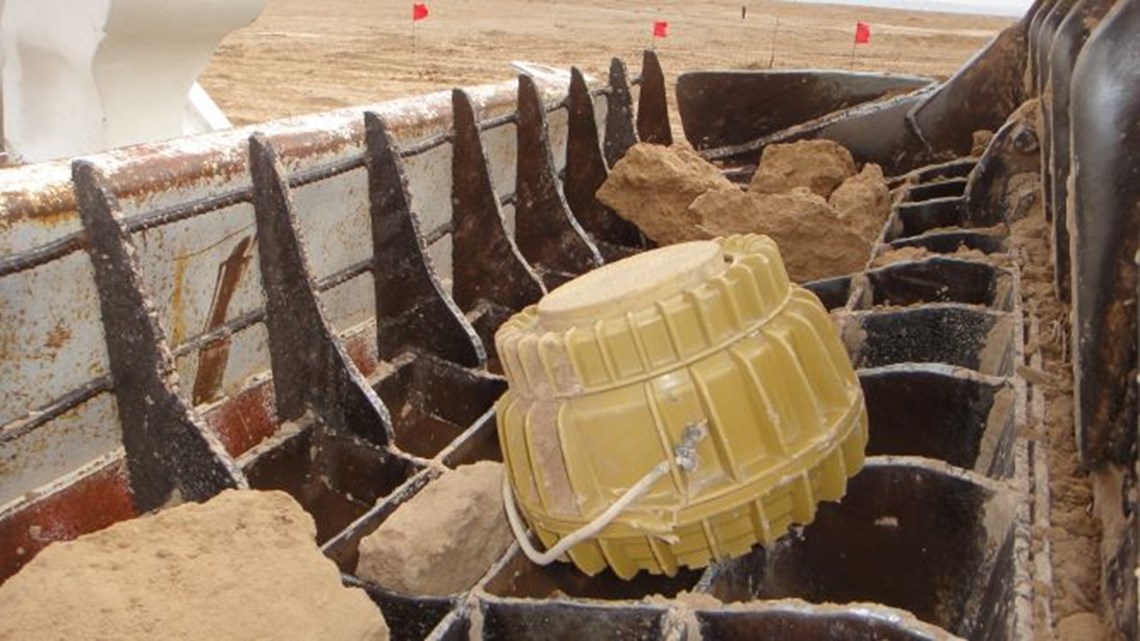 TC-6 anti-vehicle mine in gill bucket of a clearance machine. 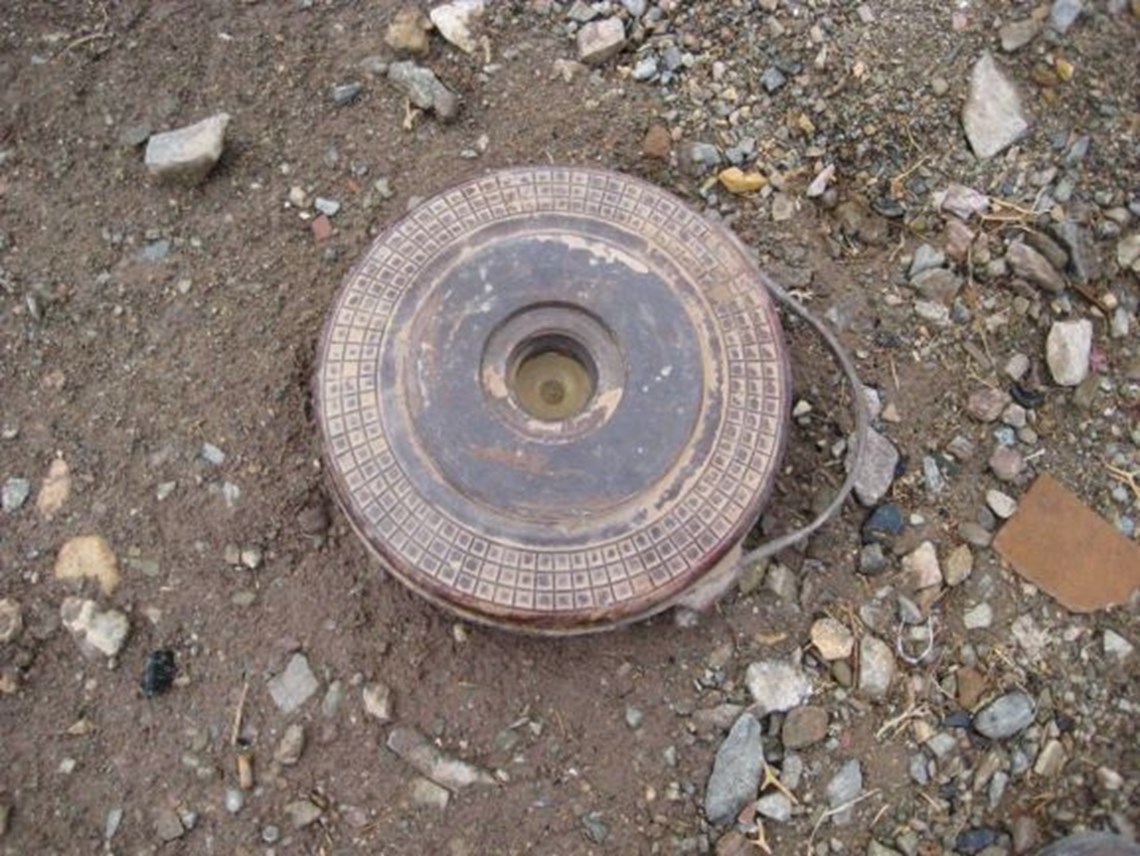 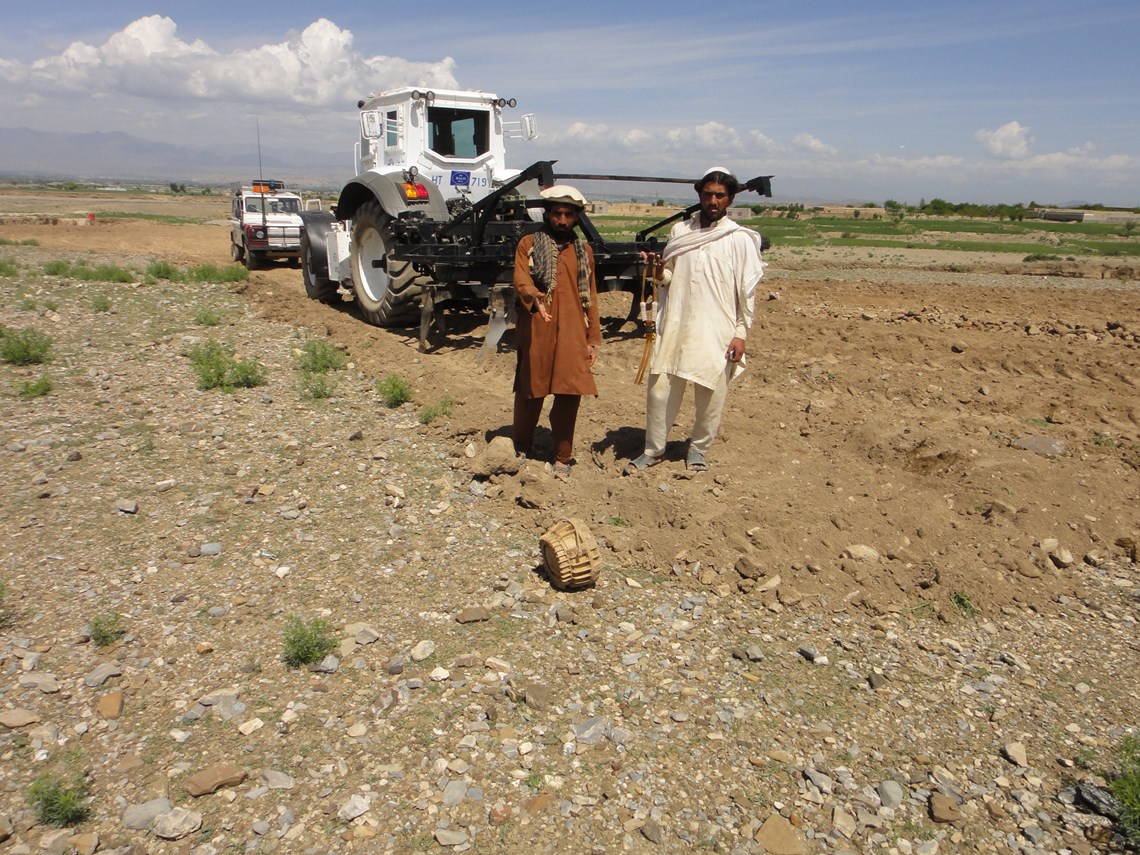 Farmers by a TC-6 mine 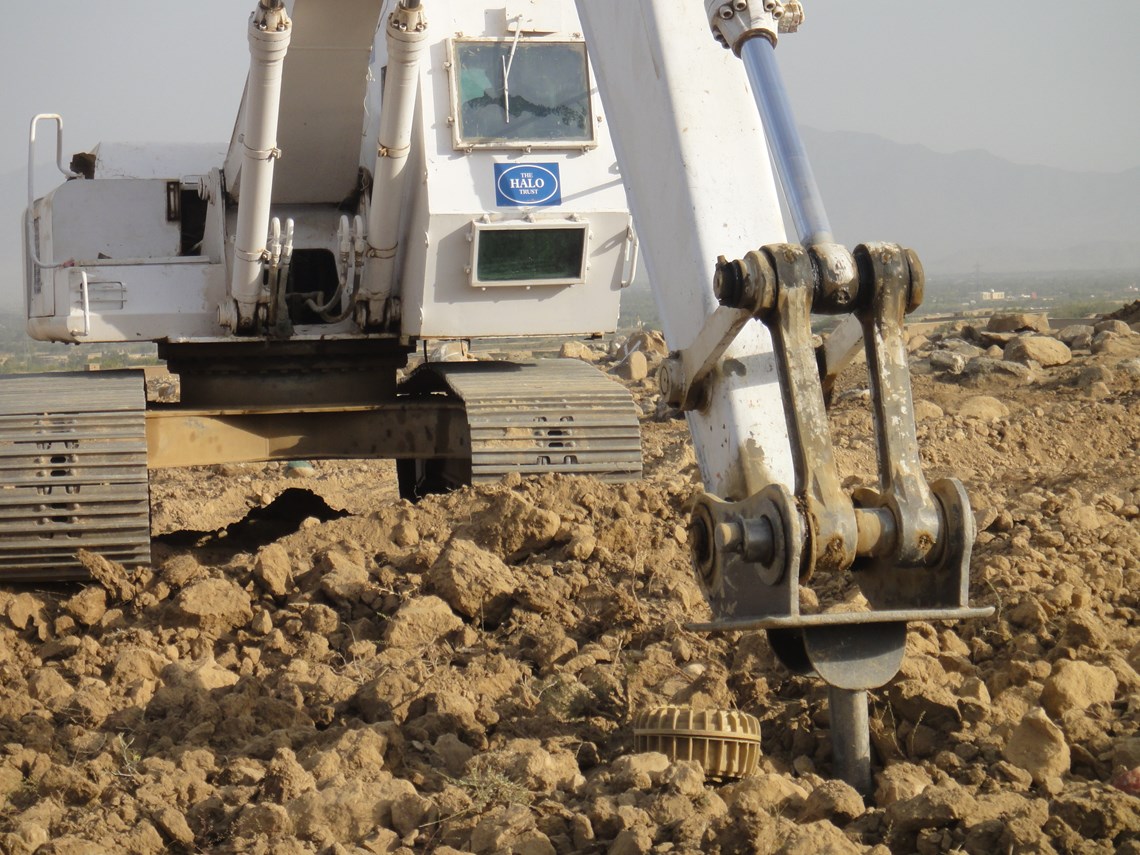