The HALO Trust is to partner with Cazengo Coffee, who will be offering Angolan coffee to the US market for the first time in 40 years while supporting landmine clearance in Angola.

Angola’s battle for independence from Portugal, followed by a civil war that lasted for decades, devastated Angola's agricultural economy. Previously Angola had been the fourth largest coffee producer in the world.

Cazengo Coffee was founded by Mr Miguel in the Cazengo province of Angola. The Miguel family had been coffee farmers there for many generations prior to Angola’s war for independence. Miguel and his family became refugees, along with countless others, who fled their farm in 1975 due to the onset of war.

Under the slogan Taste Angola. Clear Minefields. Better The World, Cazengo will contribute money to HALO's Angola mine clearance programme.

HALO has been working to clear landmines in Angola for over two decades. With the right resources, Huambo Province may soon be the first ‘mine impact-free’ province. However, in other provinces, there is much more work to be done and many vulnerable people continue to endure the daily threat of landmines. Rural Angolans living near minefields are particularly at risk, prevented from using their land safely for housing or crops and often having to cross minefields or use mined paths to collect water or firewood.

Andrew Moore, HALO's Director of Development, said: "This partnership with Cazengo will directly benefit some of the poorest people in Angola. People who cannot farm all of their land because of landmines that were buried decades ago but remain just as dangerous as the day they were laid. It's great that the produce of Angolan coffee farmers is helping other Angolans to stay safe and prosper." 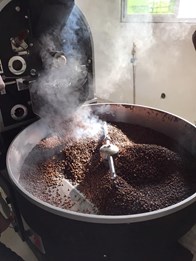 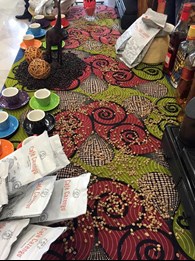