Colombia - a nation on the verge of peace

Colombia, one of the most mine-affected countries in the world, is a nation on the verge of reaching a peace deal following more than fifty years of conflict with non-state armed groups. In this context, humanitarian mine action becomes central to peacebuilding in order to facilitate land restitution, IDP return and sustainable rural socio-economic development.

HALO’s CEO James Cowan and senior members of its team in Colombia participated in the recent Forum of Experts for the Global Demining Initiative for Colombia, which took place earlier this month in Bogotá.

The purpose of the Forum was to familiarize prospective donors with Colombia’s mine action sector, help them better understand the scope of the challenge, and learn about the different mechanisms by which Colombia may be supported in its efforts to become landmine free. It was jointly organised by the U.S. Department of State, PM/WRA, the American Embassy in Colombia, the Norwegian Ministry of Foreign Affairs Embassy, the Colombian Ministry of Foreign Affairs, Colombian Dirección Contra Minas (DAICMA) and the GICHD.

When HALO Country Programme Manager, Chris Ince, was asked how The HALO Trust could support Colombia in its challenge of being mine free by 2021 he said:

Last year when I took on the job of Programme Manager for HALO Colombia, General Rafael Colon, the National Mine Action Director, set me a challenge: he asked me to double our capacity by the end the year (2015) and then double it again in 2016, to help DAICMA meet its national requirements.

So we set ourselves the task and over the last year we have been generating additional spare capacity - leaders, supervisors and operations officers - so that we can physically expand to meet the nation’s requirements.

As a result, over the next 9 months HALO is able to help the government meet its requirements in 11 of the 44 municipalities it has prioritized for immediate post conflict intervention. As the months progress, we will be continue to generate additional capacity to support further expansion.

Training the personnel and generating the capacity is going to be critical to achieving a mine free Colombia in 5 years.

Speaking at the event, as reported by the city paper, High Commissioner for Peace, Sergio Jaramillo stressed the importance of mine clearance and the role that can be played by the army the Revolutionary Armed Forces of Colombia (FARC):

Peace is the end of a war that has lasted 50 years. Without mine clearance we will not be able to put into place comprehensive agricultural development, nor alternative development.

In the case of FARC, we can design programs of reinsertion which give support to the state’s strategy and which meet the objectives of reparations.

The HALO Trust has been clearing mines in Colombia for three years. We are currently operating in Antioquia (the department with the highest number of mine victims), Meta and Tolima.

The HALO Trust applauds Colombia’s courage in pursuing the path to peace.  The time is fast approaching when conditions will allow HALO to make a significant contribution to eradicating the threat of land-mines in Colombia.  When that moment arrives, we will stand shoulder to shoulder with the Colombian people. 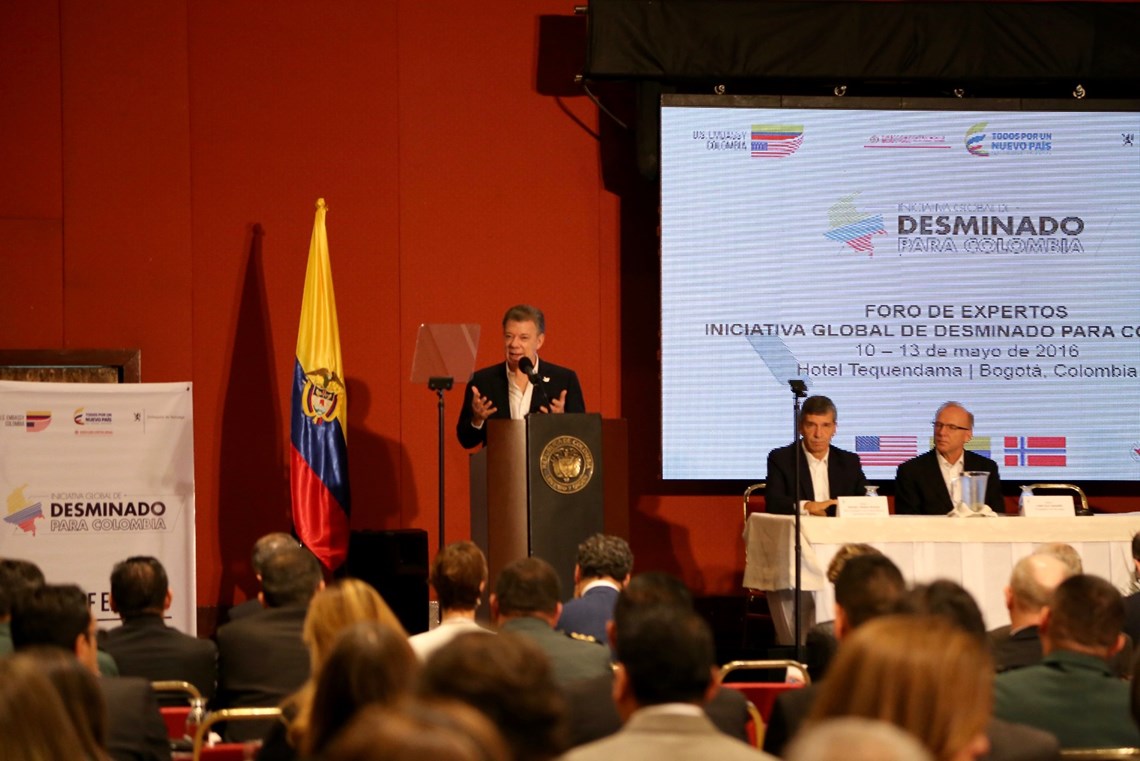 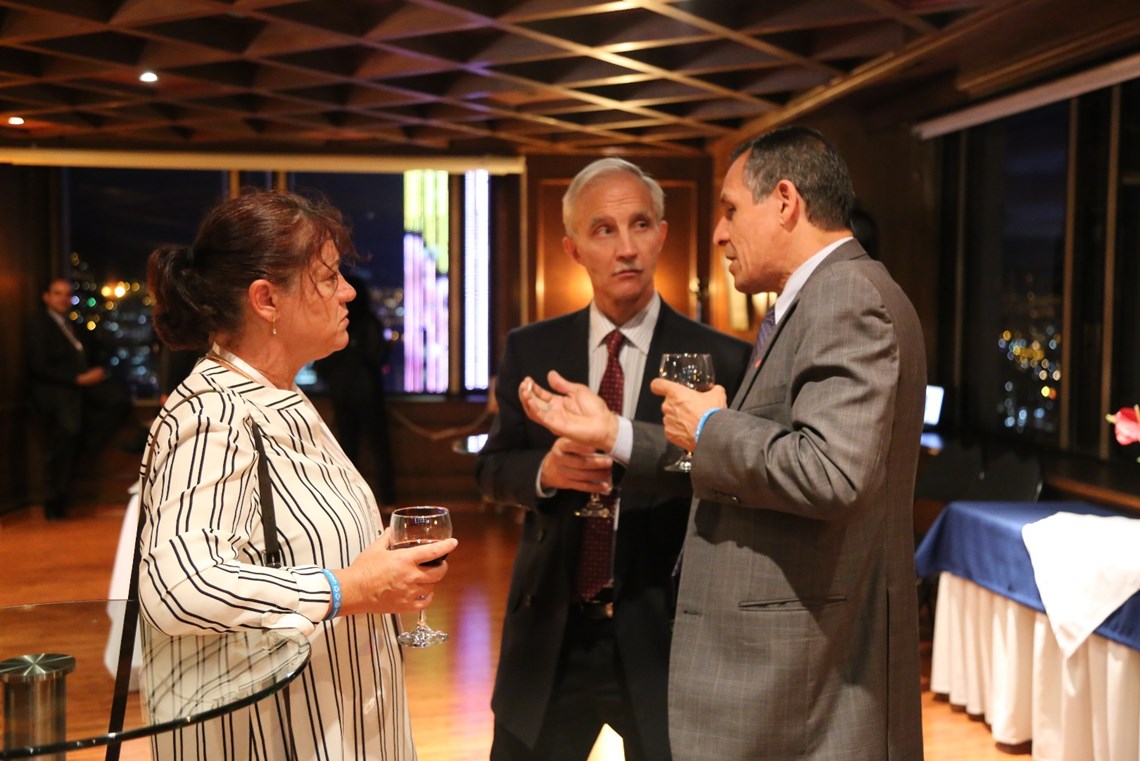 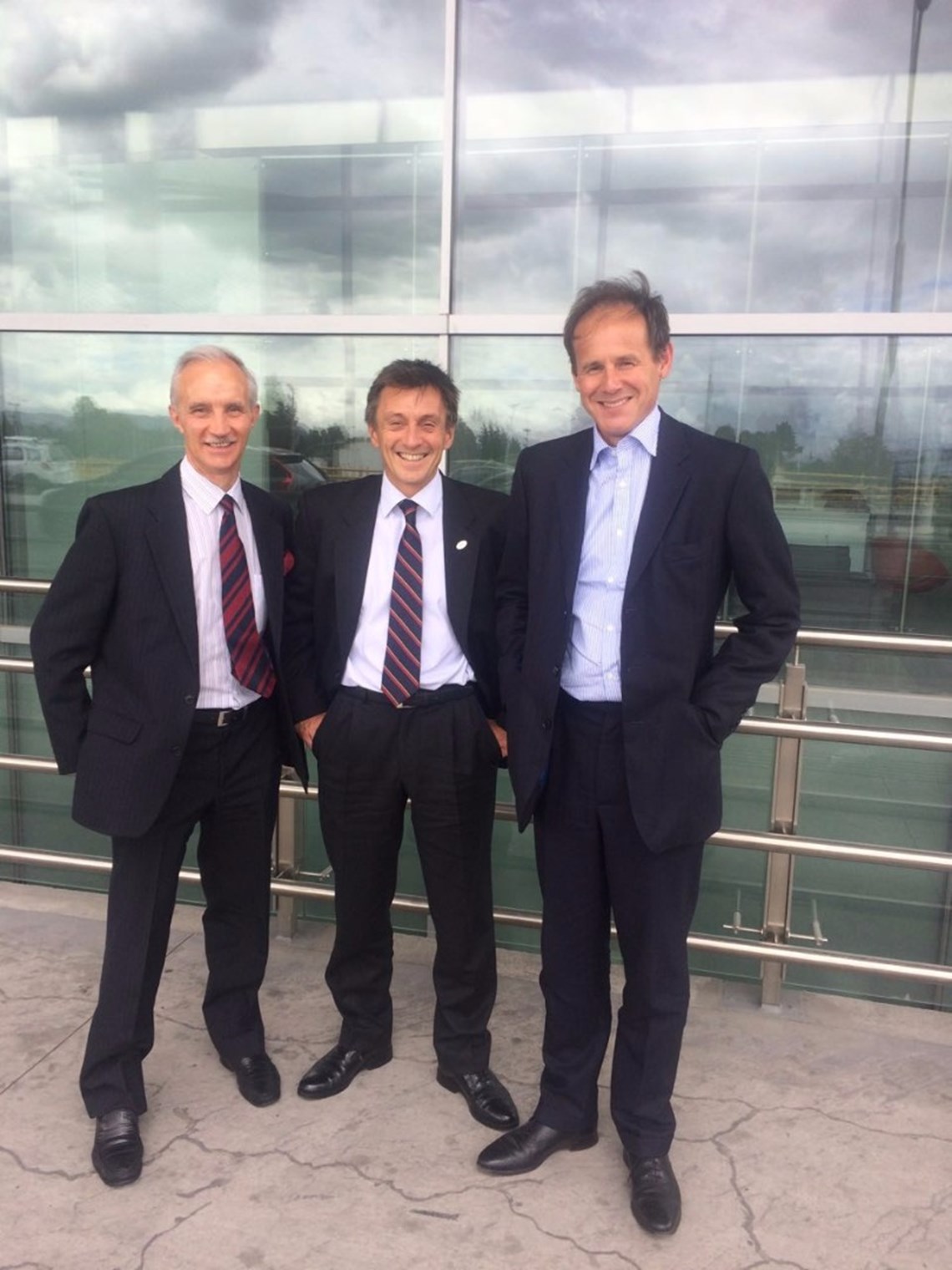 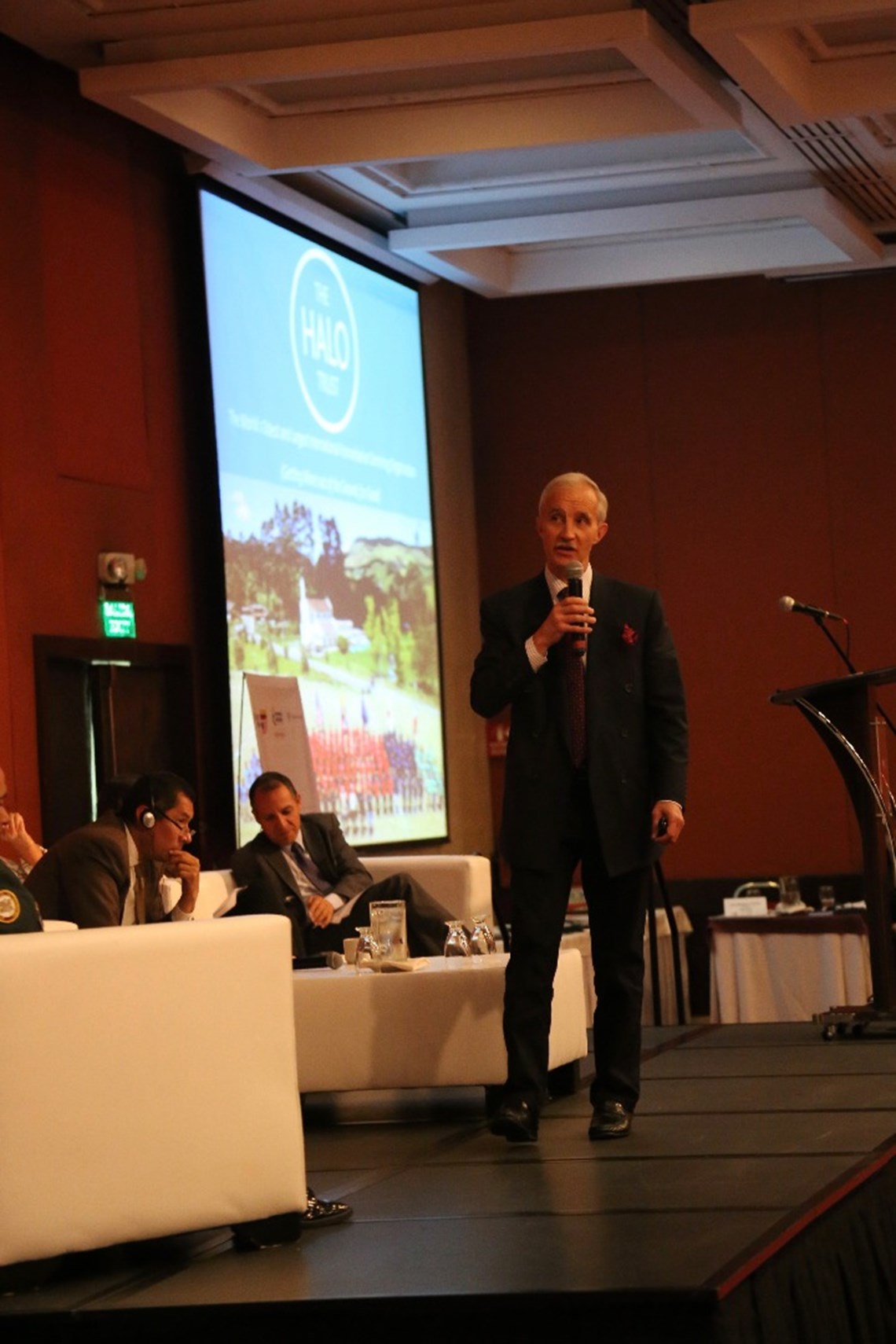 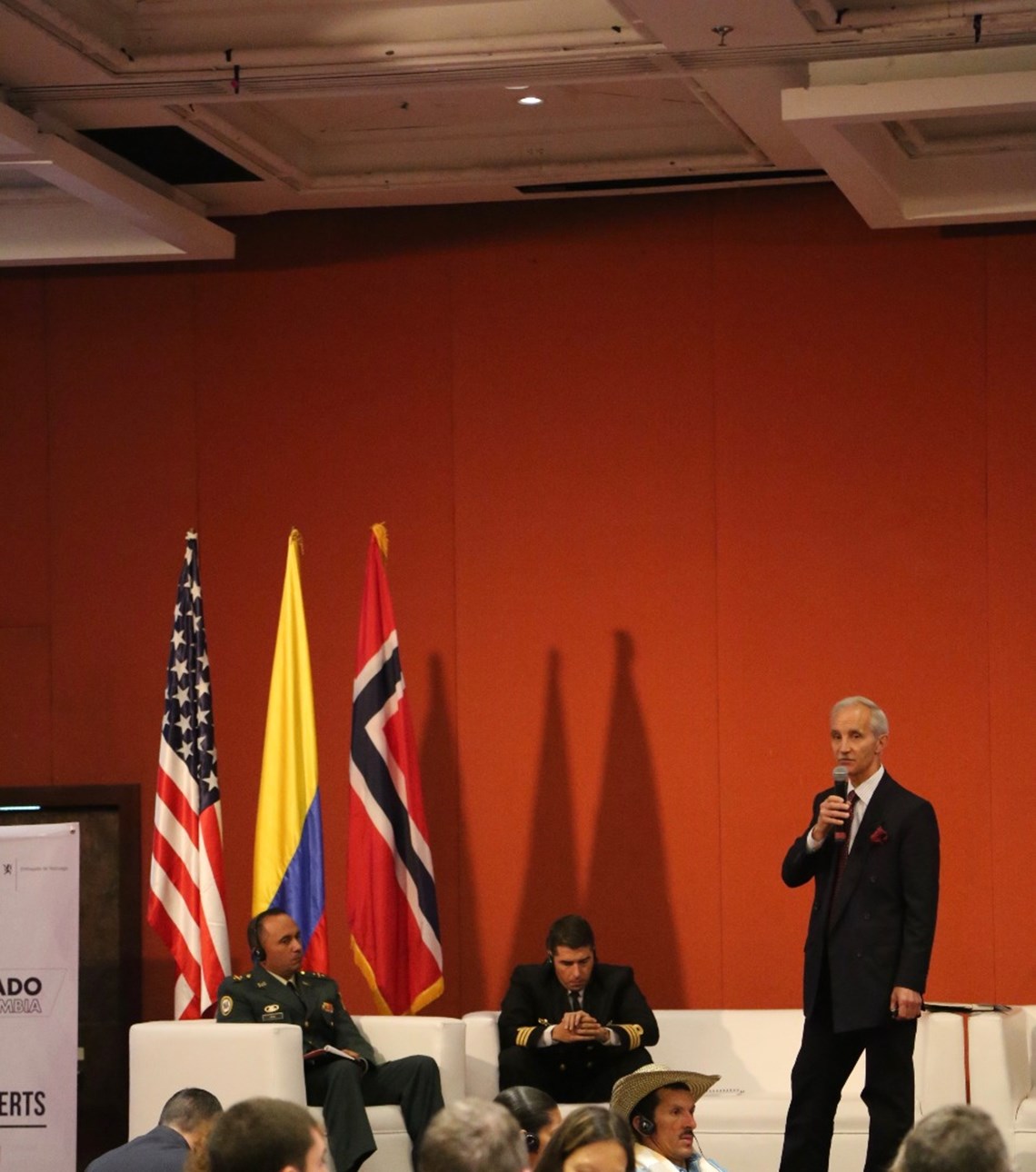 Chris Ince speaking to the Forum 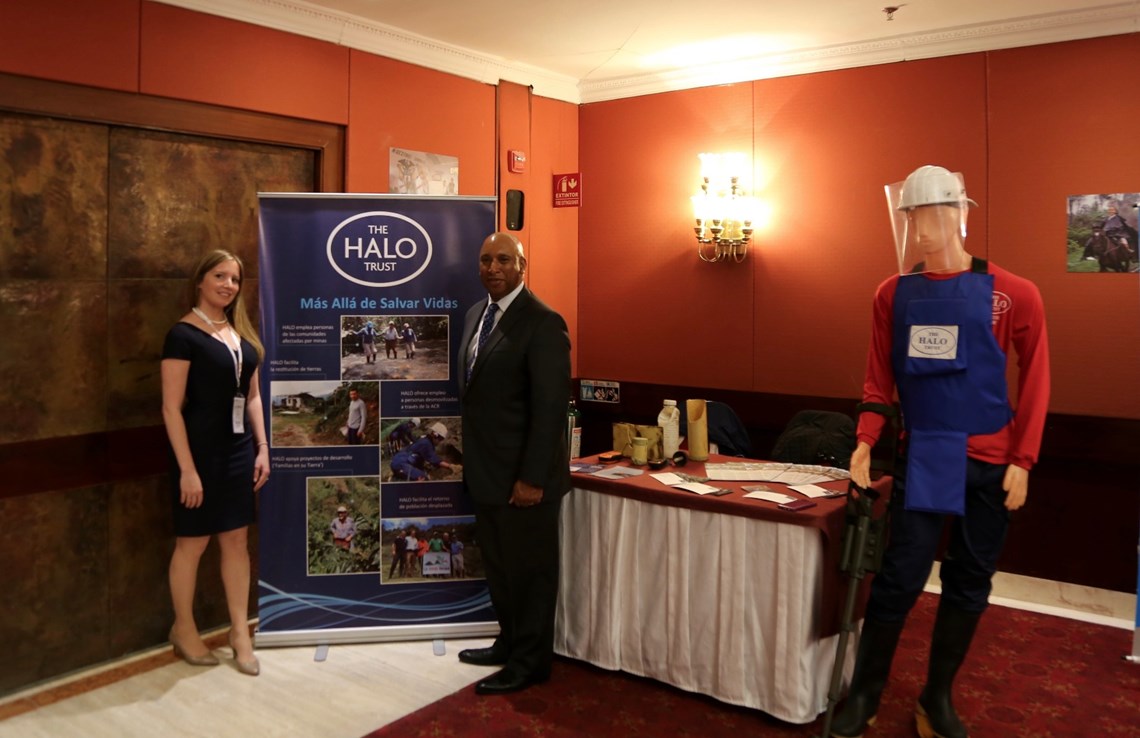