Last Wednesday, HALO had the honour of addressing the UN, making the case for greater focus on addressing insecure and unsafe arms across the globe. HALO is a leader in this field, providing expert assistance to fragile and conflict-affected states. But success of these efforts will depend on increased international support, and greater priority being given to illicit weapons by states affected by them.

The explosion of nearly 3,000 tonnes of ammonium nitrate in Beirut in late 2020 devastated the city. This incident sharpened focus on the importance of effective weapons and ammunition management. HALO programmes around the globe had national authorities knocking on their doors, asking for help with their ageing stockpiles. 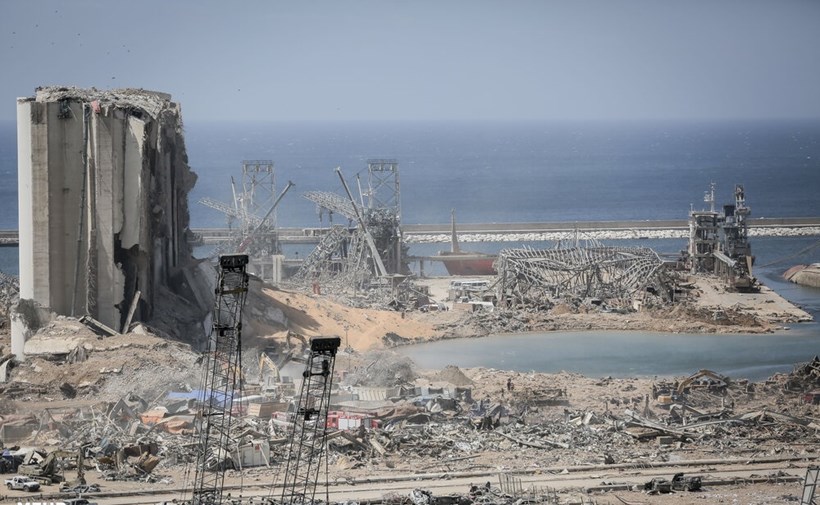 Damage caused by the Beirut explosion

Earlier this year, the explosion of an ammunition depot in Bata, Equatorial Guinea killed dozens of people, another tragic reminder of what happens when ammunition depots are ignored. There is a clear lesson - without proper weapons stockpile management across regions, incidents like this will continue and there will be further destruction, injury and loss of life.

Equally concerning, but less visible, is the impact of poorly secured stocks of small arms and light weapons. These can be easily diverted, illicitly traded, or otherwise make their way into the hands of insurgent groups and gangs. This can destabilise entire regions.

“HALO calls on all states to scale up and invest in cooperation on weapons and ammunition management at the national, sub-regional, regional and multilateral levels.”

Since the adoption of the POA, the sector has developed a body of technical good practice on conventional arms control, synergies have appeared across regional and sub-regional bodies, and progress has been made to address surplus ammunition. But despite these positive developments, and the generous contributions many nation states, global efforts are not operating at the scale needed to protect civilians from unplanned explosions and armed violence.

HALO provided three key recommendations to states at the UN: