Post Clearance Assessment of Nariño and La Unión, funded by the Government of the United States.

Colombia has suffered over 50 years of internal conflict, principally between the FARC-EP and the Colombian government, though a peace deal was ratified in 2016. The appearance of landmines was first recorded in 1990 and they have since been used to protect strategic locations and guerrilla camps.

The presence of landmines has a devastating impact on local people, causing death or life-changing injuries and destroying livelihoods. As of September 2020, there were 11,935 recorded landmine and explosive ordnance accidents across Colombia. The department of Antioquia has been particularly badly affected—accounting for 24 per cent of all accidents.

In 2013, thanks to the support of the US Department of State, Bureau of Political-Military Affairs, Office of Weapons Removal and Abatement (PM/WRA), HALO began work to clear Colombia's landmines, initially focusing on the municipality of Nariño in the Department of Antioquia. Over three years, our locally employed demining teams cleared an area equivalent in size to 21 football pitches. Through survey work, we were also able to assess the landmine threat across the municipality of La Unión, confirming there were no minefields or explosive dangers—giving families the confidence to return home and use their land.

Destroying landmines and other explosives is the first step to helping families, communities and countries rebuild. When land is made safe, minefields can become fields of crops, displaced families can return home and infrastructure can be repaired—encouraging investment in local communities.

Thanks to funding from the US Department of State, Bureau of Political-Military Affairs, Office of Weapons Removal and Abatement, HALO, in partnership with professors Rául Castro Rodríguez and Jorge A. Rueda of the Economics department of la Universidad de los Andes, has conducted an in-depth assessment into the socio-economic impact of clearing the landmines in Nariño and La Unión, Antioquia.

Following HALO's work to clear the landmines, the amount of land in productive use for cultivation and grazing has increased by an average of 66 per cent. There have also been significant improvements in access—boosting social connectivity and access to services such as schools, medical facilities and public transport. 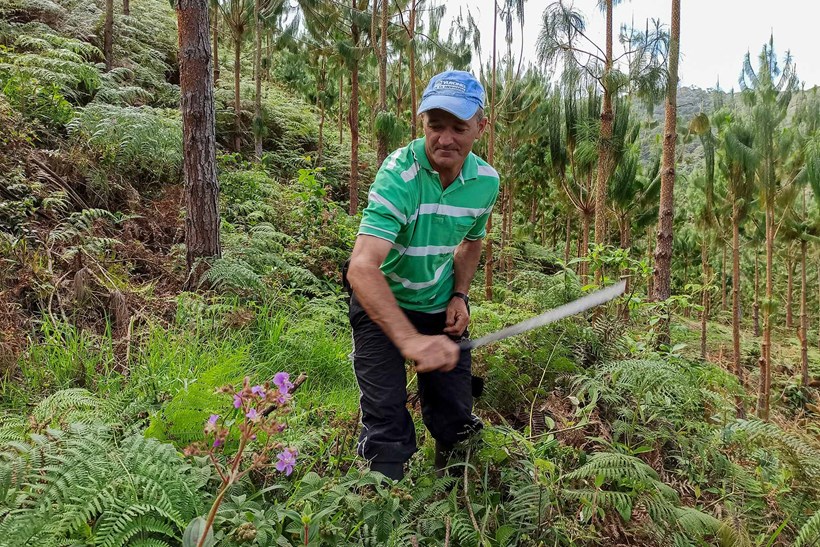 William moved to Narino in 1982, working the land to support his family. In 2004, he was a badly injured when he activated a landmine whilst traveling to a neighbouring vereda (village) to vaccinate cattle. As Colombia's conflict worsened, William felt he had no choice but to leave his home, fearful his young sons might be forcibly recruited by illegal armed groups.

Concerned for the farm he'd left behind, William returned home a year later. But the presence of landmines made him too fearful to cultivate all his land. In 2013, HALO began work to make it safe, destroying 12 landmines in the process.

Today, William is able to use all his land without fear and now has safe access to a nearby water source. It has allowed him to diversify his income, purchasing a herd of cattle and setting up a fish farming project.

An unexpected result of the investigation was the detrimental impact the presence of landmines has on property prices. Communities directly affected by landmine contamination saw an average reduction of 83 per cent when landmines first appeared in their veredas (villages). But once the land was made safe, property values rose by over 500 per cent. This further benefits the economic prosperity of the municipalities as a whole; increased property values improve the capacity of a municipality to collect property tax, enhancing their ability to generate revenue and driving economic growth.

Income is also negatively impacted by landmines, falling on average in Nariño by 38 per cent. Since the land has been made safe, monthly incomes are gradually rising and, if current trends continue, would be expected to return to prior levels in the next 3-5 years.

Since clearance work was completed in Nariño and La Unión, 772 families, displaced during the conflict, have been able to return home. For local communities, social connectivity and cohesion has also increased. Safe land allows sharing of resources, fear is reduced and the improved sense of security makes people more confident when carrying out day-to-day activities and traveling through their veredas.

During the study, fourteen development projects were identified as having been able to be implemented as a direct result of HALO's clearance work. Projects include: the construction of paved roads, installation of sceptic tanks and crop diversification training projects. 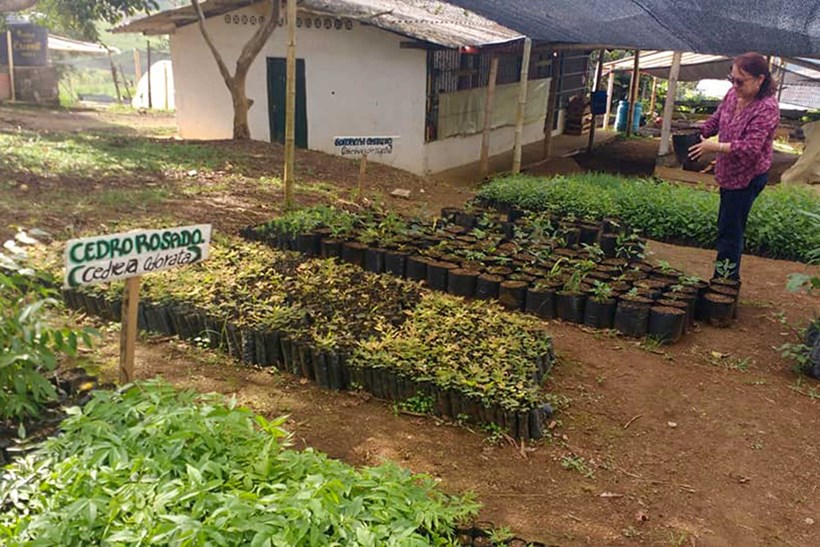 The New Rurality Project, implemented by UMATA (Unit for Municipal Assistance in Agricultural Techniques), began in 2016 and ran for a three year period. The project trained rural families in efficient and current agricultural techniques that would allow them to diversify crop cultivation in the municipality, including how to grow aromatic plants and different varieties of strawberries. Families were also supported in the development of individual projects and to create partnerships between growers with the view to increasing production and profits.

HALO trains and employs men and women directly from communities living with the threat of landmines, providing opportunities where they are often scarce. Since 2013, HALO has employed 159 people from the municipality of Nariño alone.

"I am very grateful for the opportunity that HALO has given us. Like me, there are many people from Nariño who, thanks to this work, have been able to give their families a better quality of life, and that the work we do is saving lives and creating safe spaces for our communities."

The study has demonstrated that the presence or suspicion of landmines directly impedes the capacity of municipal governments and third parties to implement development projects as well preventing the safe return of displaced families. The clearance of landmines and other explosive ordnance is the first step in creating the conditions for rapid socio-economic development and the overall improvement in living conditions in rural areas affected by conflict.

This work is funded by: