The United States announces $2.5 million in new funding for landmine clearance in Angola, part of a project to protect the ecosystem that sustains the Okavango Delta.

Angola’s 27-year civil war may have ended in 2002 but the thousands of landmines laid during the conflict are still having a devastating impact. The United States has committed $2.5 million to support HALO’s landmine and explosive clearance work in the provinces of Bié, Kuando Kubango and Moxico. The project will start in October.

The funding is part of a $11.1 million commitment by the US Government to clearing landmines and managing weapons stockpiles in Angola, with funding also going to other mine clearance organisations.

The United States is pivotal to HALO’s work in Angola, providing long-standing support and over $61 million in funding since 2000—over fifty per cent of the programme’s total funding during this period.

"We are proud to partner with HALO to clear landmines in the Okavango region in support of environmental conservation and development efforts. Over the span of 25 years, the United States has provided $145 million for conventional weapons destruction in Angola, more than any other international donor. We're committed to the safety and prosperity of the Angolan people, and we're pleased to help protect the country's rich biodiversity." 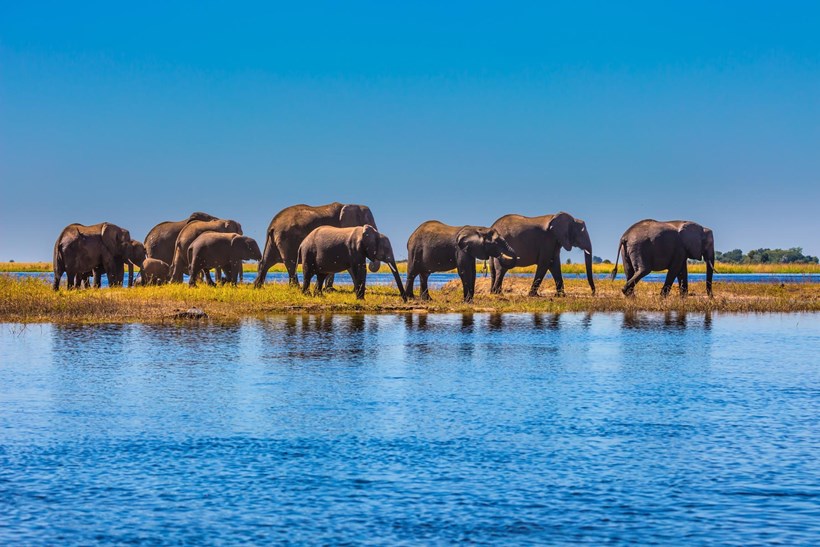 Bié, Kuando Kubango and Moxico are the three most landmine contaminated provinces in Angola. HALO has already cleared 300 minefields in Bié alone, making safe an area of land nearly twice as large as New York’s Central Park. The provinces form part of the biodiverse Angolan Okavango—the water tower that feeds the rivers running down into the Okavango Delta in Botswana. The Delta is one of the most fragile and precious ecosystems in all of southern Africa, and the main source of water for one million people. It is vital this precious resource is protected, but the presence of landmines makes it almost impossible to introduce the conservation measures needed.

Thanks to the support of the United States, the project will begin work to make the area safe so it can be properly managed. This expands on the Government of Angola’s ambition to clear the minefields in Kuando Kubango and the initiative of the DELTA Act, passed by the US Congress in 2018, to allow greater support of efforts to protect the five-country Kavango-Zambezi Trans Frontier Conservation Area (KAZA), which includes Angola's Okavango.

The town of Cangamba in Moxico province is the main entry point for National Geographic’s research expeditions, promoting conservation of the river basins that feed the Okavango Delta. Their project area runs through the province to the Zambian border and, as part of the United States funded work, our teams will be resurveying all the minefields in the region (existing data is from 2004-2007) to define safe and dangerous areas and prioritise minefields for clearance. HALO Angola has been supporting National Geographic’s Okavango Wilderness Project since it was launched in 2015, providing safe passage and logistical support through hundreds of miles of remote bush, opening up the region to scientific exploration for the very first time. 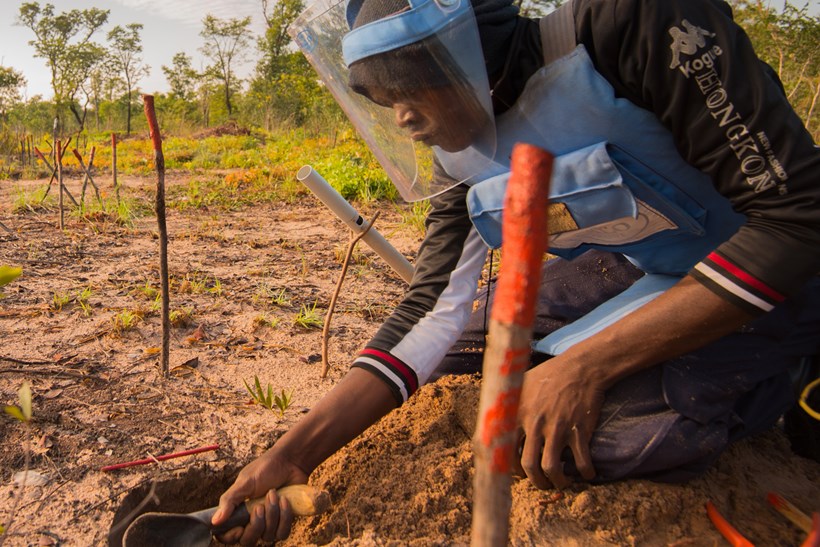 HALO recruits and trains local men and women to clear the landmines that threaten their communities, providing job opportunities where they are often scarce. Thanks to the support of the United States, HALO will be able to employ 100 people across seven different teams. Their work will include: landmine clearance, responding to emergency call outs from members of the public who have found legacy explosives and teaching risk education—keeping families safe until all the landmines and explosives can be removed for good.

In Angola there are few regular work opportunities for women, leaving many struggling to survive. In 2017, HALO began the 100 Women in Demining in Angola project to provide professional opportunities for women. The 100 Women Project is currently working to clear all the minefields in Benguela Province but the new funding from the people of the United States will also support the recruitment of two all-female demining teams.

“The way people look at me now, they respect me for what I am doing. I get a lot of satisfaction from my job. I am very proud and it makes me feel so strong." 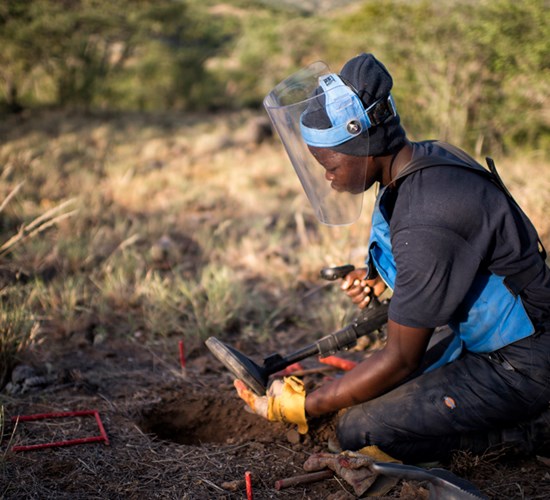 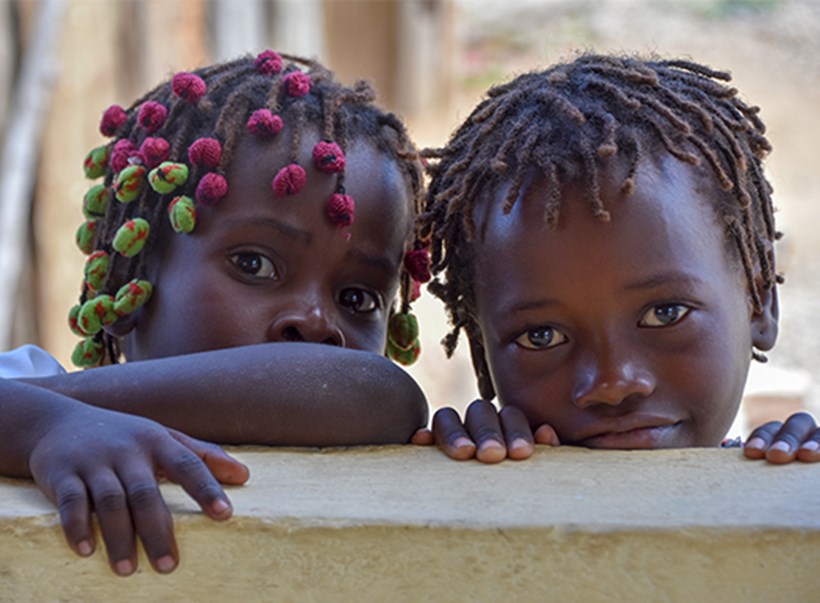 The province of Bié in central Angola was one of the areas worst affected by the civil war, with 102 known minefields remaining to be cleared. To the southeast in Kuando Kubango province, which held strategic defence points for both sides during the war, there are an estimated 231 minefields. Thanks to the new funding from the U.S. Department of State, Office of Weapons Removal and Abatement in the Bureau of Political-Military Affairs, work can now begin on the remaining minefields.

The presence of landmines threatens lives, cuts off access to clean water, prevents fertile land from being used to grow crops to feed hungry families and limits the expansion of infrastructure and economic projects such as sustainable tourism. Once the landmines are gone, families and communities can begin to thrive, not just survive.

Find out about our ground-breaking project to protect the Okavango.
Learn More