Long after a conflict has ended, the presence of landmines can continue to undermine food security; agricultural land is unsafe to farm and grazing livestock is fraught with danger. In the rough and hilly terrain of Zimbabwe’s far north, earning a living from cattle farming is hard. Add to this the existence of some of the densest barrier minefields in the world and the challenge is overwhelming. This is the story of Chivere village – cattle farming in the danger zone.

Chivere village is located on the border with Mozambique. Here cattle farming is an important form of livelihood for the community but until recently landmine contamination—a legacy of Zimbabwe’s Liberation War—has posed a major threat to local farmers. Accessing the cattle dipping tank meant a hazardous journey through a minefield for both farmer and animals. To stray could mean catastrophe, as Chivere Headman, George Chivere explains:

“In the past almost all my friends and neighbours lost animals to mines. We had over 20 accidents in the last five years.”

The impact on local herders was vast. The carcass of a cow killed by a mine loses about 250USD of its value — a massive financial loss in a community where average annual incomes are less than 900USD. Unsurprisingly, many farmers feared bringing their cattle to be dipped and avoided it entirely or used less effective methods, making them vulnerable to disease. 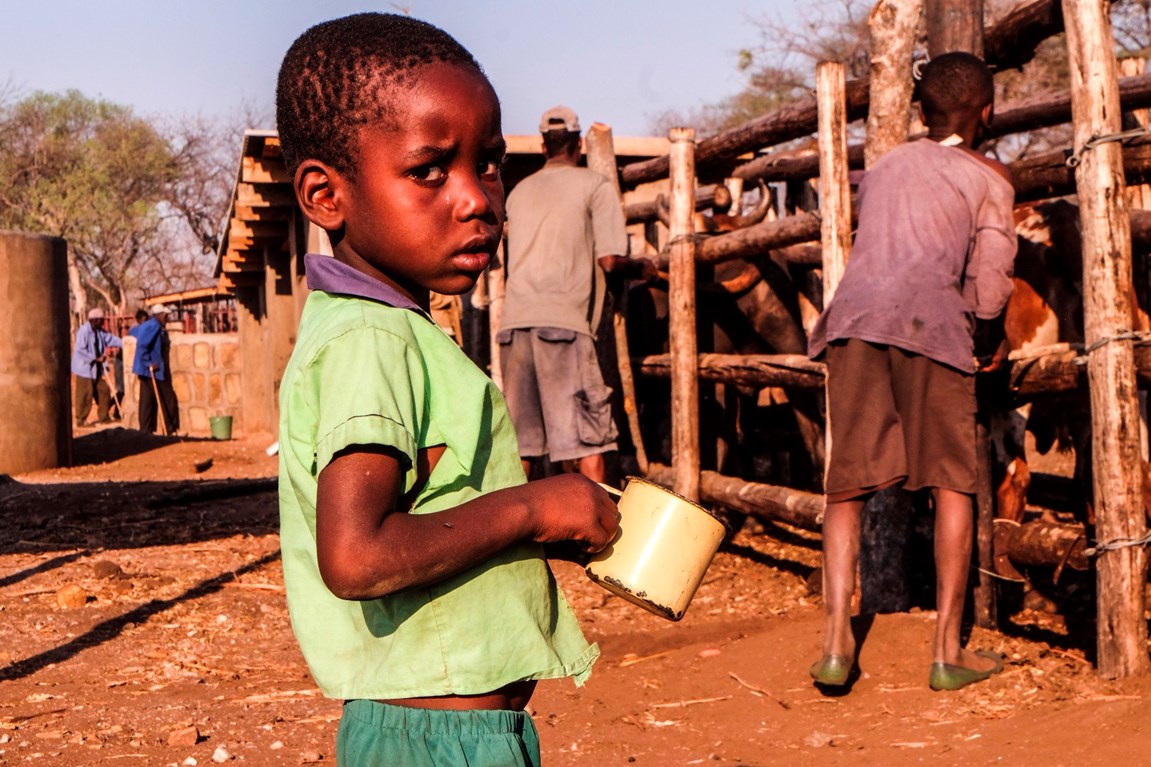 Fortunately, HALO has recently completed clearance of the minefields around the dipping tank and over 8km of minefield frontage along the main road into the village. The effects have been immediate, as Frederick the dip tank administrator describes:

“Since demining started, attendance at the dip tank has increased by around a third...Now everyone should be able to keep their animals free of diseases such as tick -fever, which will benefit us all.”

Chivere is just one community where mine clearance has removed the lethal barrier they pose to economic and food security but the impact can be felt on a wider scale. The minefields along the Zimbabwe-Mozambican border have long been seen as hampering effective disease monitoring and control among herds, contributing to the deterioration of the cattle industry. Clearance can change this: Farmer Chimanda Kapandaza now brings his cattle the 11km journey from his village across the border in Mozambique to be dipped.

“Before we were unable to come because of the mines along the border. Now the mines are gone we have nothing to be afraid of. There are many more of my neighbours who are also going to start bring their cattle here.”

Change is on the way but Zimbabwe continues to need support to overcome these deadly barriers to development.