The isolated village of Thame lies downstream from the town of Sepon, south of the Xebunghieg River. Its isolated location has meant the village has received little development or assistance with clearing the Unexploded Ordnance contaminating their village. Of the 94 households in the village, 20 are classified as ‘poor’ by national statistics. There is a small primary school, but no healthcare facilities. Villagers in need of medical treatment had to travel by boat or a dirt road that becomes impassable in the rainy season.

Seasonal flooding is so severe in Thame that it is virtually cut off for four months of the year. So when HALO were approached to conduct a survey and provide explosive ordnance disposal, the team were sure to start their technical and non-technical survey work before the start of the rainy season in May.

Having received such little attention from the world, the villagers of Thame were eager to assist HALO as much as possible, helping to identify significant quantities of ammunition. During their operations, HALO destroyed over 400 items of unexploded ordnance (including six air dropped bombs) and more than 300 cluster munitions.

There were several significant technical challenges at Thame. Senior Operations Officer Xaysana Phuttavong supervised the safe destruction of a 2000lb air dropped bomb, which posed a serious threat to the entire village population. A 250lb bomb that had laid in the river near the ferry crossing was also destroyed. At just 250m from the primary school, the consequences of either device exploding would have brought unthinkable grief to the community.

Today villagers can cross the river and school their children in safety. The removal of unexploded ordnance has enabled the community to plant increased number of crops at greater depth in the soil, contributing to their food security. When communities live as remotely as they do here during the rains, non-contaminated land is essential for survival. 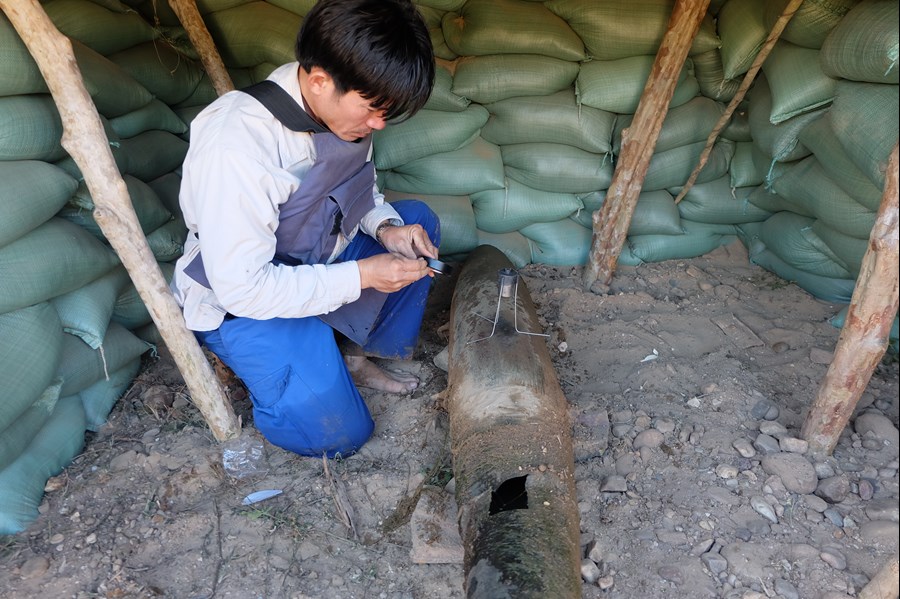 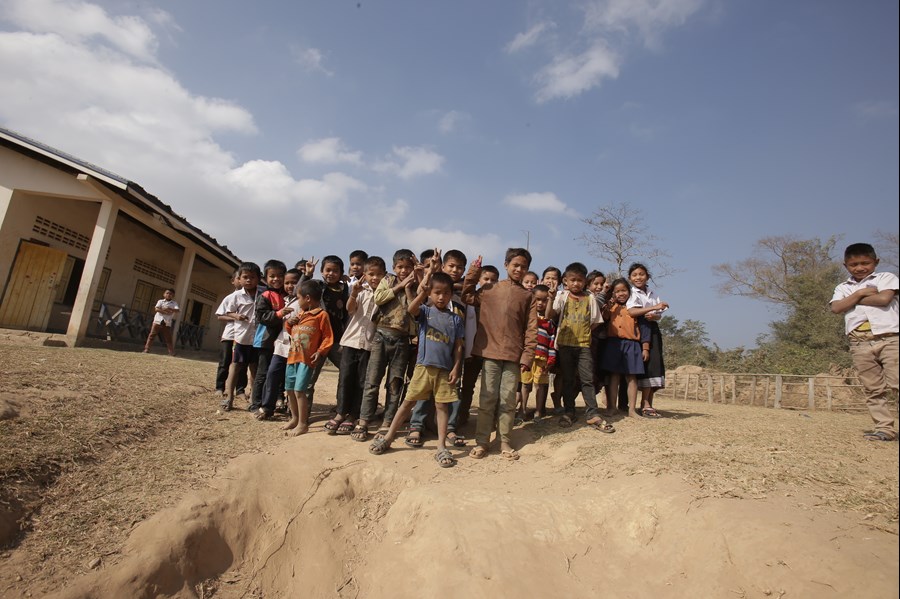 School children from Thame Village. HALO has conducted several RE sessions for the school children, in addition to removing the nearby threat of UXO