Clearing the way for Recovery
International Day of Peace 2020

Across southeast Asia, dangerous explosives and landmines threaten the lives and livelihoods of families every day. In Laos and Vietnam, the scars of the Vietnam War run deep – with thousands of unexploded bombs, dropped by U.S. bombing missions,  scattered across fields and villages. They contaminate huge areas of the farmland in each country. Laos itself holds the infamous title of being the most bombed country per capita in the world.

In Cambodia, hundreds of thousands of landmines were laid during the ousting of the Khmer Rouge and throughout the 1980s and 90s. They have had a devastating impact on local people. Along the country’s border with Thailand the K5 mine belt is 750km long – making it one of the largest minefields on the planet.

The wars may have ended decades ago, but the presence of landmines stops families, communities and countries from rebuilding. Vital resources like water are cut off, fields are too dangerous to farm and development is stalled. For many, the landmines also serve as a reminder of a once brutal conflict. True peace cannot come until all the landmines and explosives are gone, for good.

A path to prosperity 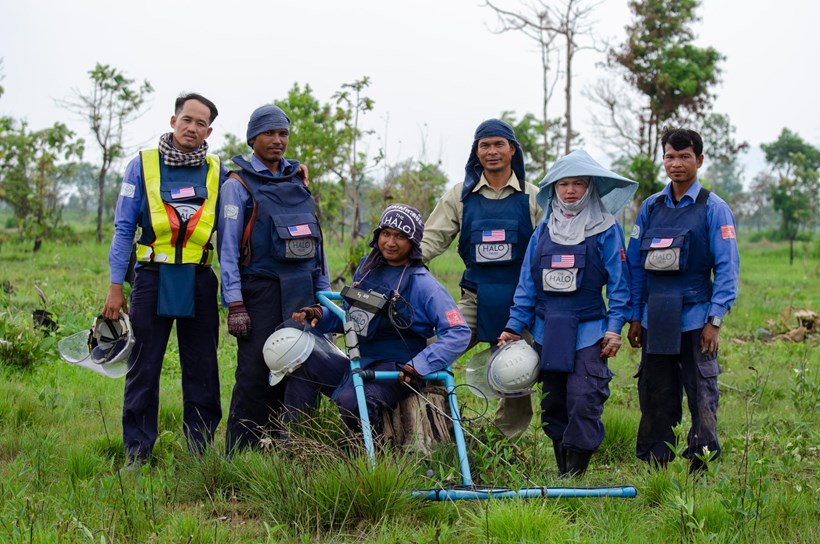 Safely removing and destroying the landmines and explosives is the first steps to helping people recover after conflict. By training and employing local men and women to make their communities safe, HALO provides job opportunities where they are scarce, including creating legitimate employment for former combatants. Across our global workforce, 98 per cent of our staff come from the communities we serve. Once the mines are gone, communities can begin to rebuild their infrastructure and economies. Families, for decades  condemned to a life of insecurity, can now have hope for peace and prosperity.

Khim Loet lives in the heavily mined village of Ou Kokir Kraom in Cambodia. He knows the danger only too well, having lost his leg in 1981 when he accidentally stepped on a landmine. As the village chief, Khim Loet works hard to help improve the lives of everyone in the village but the presence of landmines has been a constant challenge. A project to build a new road, opening up access to the village, was threatened when a line of landmines was discovered. Thankfully, HALO was able to remove the mines, enabling the road to be built and access to be improved.

“Being able to move equipment around freely and use land which was previously unusable due landmines will benefit the community for many years to come.” 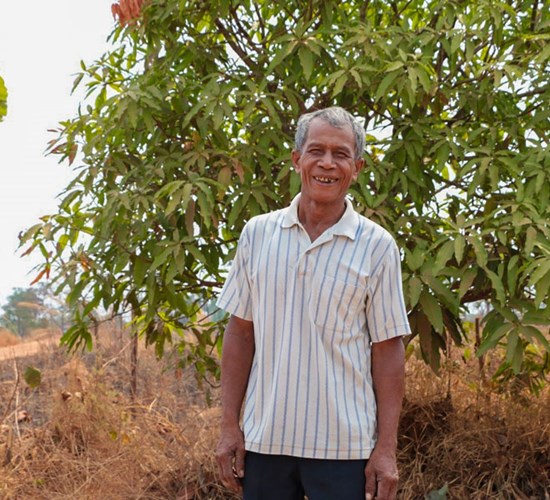 So long as the landmines and explosives remain, peace and prosperity are threatened. On International Peace Day, HALO stands with the families who continue to live surrounded by this dangerous legacy of war. We remain committed to building a safer and more peaceful world for all.

You too can help clear deadly explosives so communities can thrive. Join our campaign this week and tell Congress the U.S. must continue to fund life-saving demining in southeast Asia.