3rd December 2019 | Cambodia
“I want to tell those who used to discriminate against me that although I am disabled, I will persevere with life.”

Six years ago, aged just 28, Soy Kossal thought his life was over.

He was living in Veal Roloem, Battambong, with his wife (known as Kolab to her friends) and two children, farming the land and working as a carpenter to support his family. One morning he went with four friends to clear vegetation, walking along a well-trodden path through the undergrowth. Suddenly an explosion shattered the quiet.

Soy Kossal had stepped on a landmine. His friends rushed him to hospital but the force of the blast had amputated his leg. 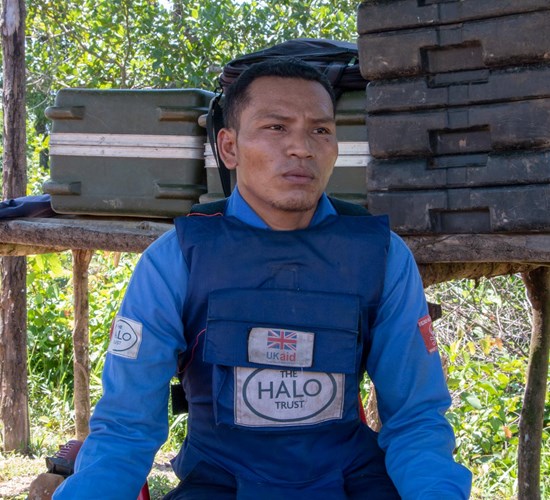 “When I lost my leg, I felt that I didn’t want to live. I was depressed.”

For Soy Kossal, the impact of losing his leg was profound. Unable to lift heavy objects he could no longer work as a carpenter or farm his land. He feared that without his leg he would never be able to find work and look after his family. He faced discrimination because of his injury, some people told his wife she should divorce him because he only had one leg.

"People were discriminating about me behind my back, asking my wife 'why do you still continue to live with him, he’s missing a leg. You should get a divorce.' I was ashamed and isolated myself from everyone."

But Kolab stayed by his side, telling Soy Kossal he still had a good future. Gradually with her support, Soy Kossal was able to overcome the emotional trauma of the accident and start looking forwards. Kolab already worked for HALO and encouraged Soy Kossal to apply to become a deminer, knowing that his injury would not be a barrier.

“You are only missing one leg, but there are others who are missing both legs, yet they could still find income. So as long as you are still alive, you can also do it.”

The road to recovery was difficult, both emotionally and physically but Soy Kossal persevered.

"It took me a long time to cope with the emotional struggle and sometimes my leg still hurts, even when I am wearing the prosthetic." 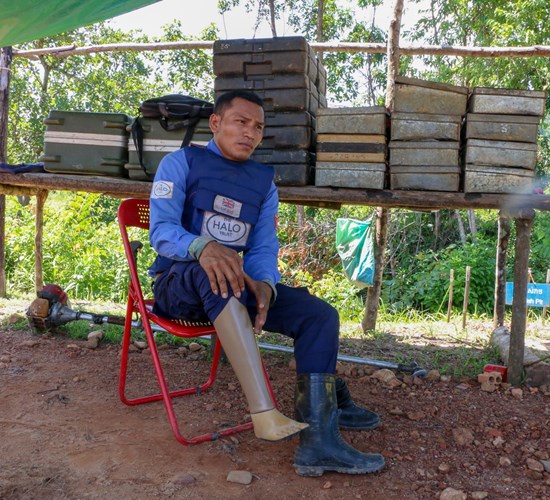 Thanks to his determination, Soy Kossal successfully passed his training and now works for HALO. He has proved that his injury will not stop him building a bright future for his family, but above all, he is motivated to ensure Cambodia’s land is safe for future generations.

“I knew I had to continue to support my family. But at the same time, I didn’t want other people to suffer the same fate that I did. I want to clear all the mines, to the very last one.” 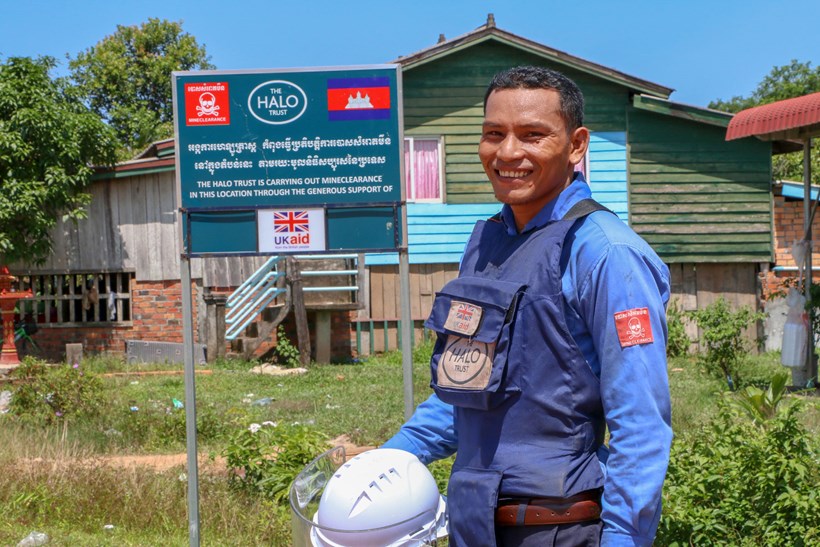