Laos to Cambodia by bike
#HALOBreakingBoundaries

It all began last December, a catch up between two HALO colleagues and the germ of an idea that we wanted to take on the Staff Challenge and raise money to support HALO’s work around the world.

Being a cycling fan, I suggested a two-wheeled challenge and Carly, Operations Manager for HALO Laos, said 'why not cycle from HALO’s office in Laos to our office in Cambodia?'

And so it was, 10 months later we found ourselves, along with Paul Miller, Programme Manager for Laos, ready to set off on a 1000km ride from Sepon, Laos, to Siem Reap, Cambodia to raise money for HALO’s Breaking Boundaries UK Aid Match appeal.

Based in the UK as part of HALO's communications team, nothing had quite prepared me for the heat we would experience over the coming days—37 degrees Celsius and about 80 per cent humidity, plastic was literally melting and so were we!

Before leaving Sepon, we went to visit the old village which was completely obliterated during the bombing raids of the 60s and 70s. Around 25,000 people have been killed or injured by cluster bombs or explosives in Laos since the end of the war, and this was a stark reminder of the important work our teams in the field are doing to make the land safe.

With a brilliant send off from HALO Laos we set off, slightly daunted by the challenge ahead but excited to be on the road.

Riding unsupported we needed to carry all our spares on our bikes. After having wheel clearance issues, I was going to have to travel light—only 2 pairs of pants for me! We christened Paul’s bike ‘the tank’ as he seemed to be carrying gear for every eventuality, although we did persuade him to leave the tent behind. 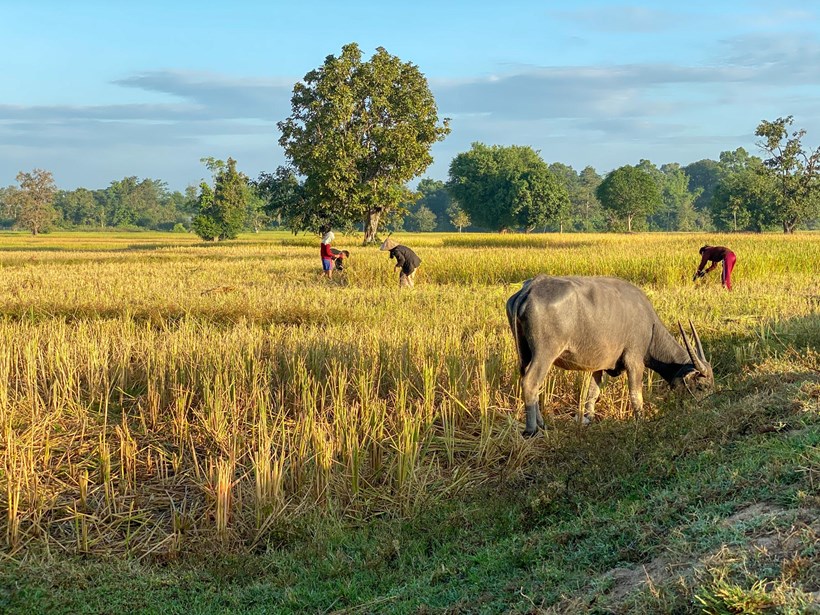 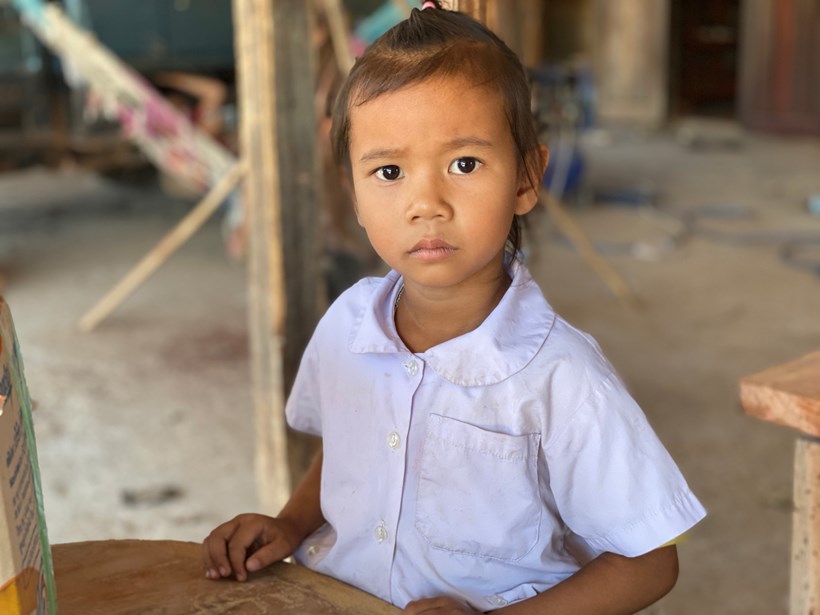 Following the intense heat (and sunburn) of the first day we were up at dawn to try and get some miles in before the sun became unbearable. The local monks were collecting alms as we left Dongkilo.

It was rice harvest season and cycling was definitely the best way to see this beautiful country. In Savannaket province, where 70 per cent of the population lives below the poverty line, most families are almost entirely dependent on growing rice, but unexploded bombs make cultivation potentially life threatening. As well as clearing explosives, our teams in Laos teach families how to recognise and report dangerous items, preventing life-changing accidents.

We stopped at the side of the road for a suspected puncture and met a family creating incredible wood carvings—we just wished we could strap one on the bikes to bring with us. 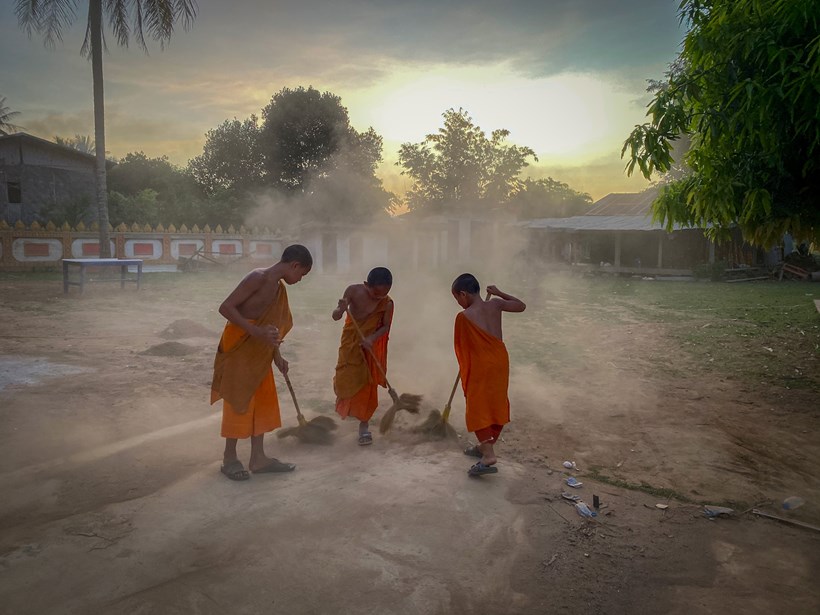 This was a tough day. We’d arrived in Xebangnouane village late the night before and struggled to find a place to sleep, or any food—who would have thought you could run out of rice in Laos! Carly was taken ill and the prospect of covering 130km looked insurmountable as we set off at a dawn.

We dug in and after nearly 12 hours on the road, and a brief respite with an amazing family who shared their floor and noodles with us, we crawled in to Pakse. 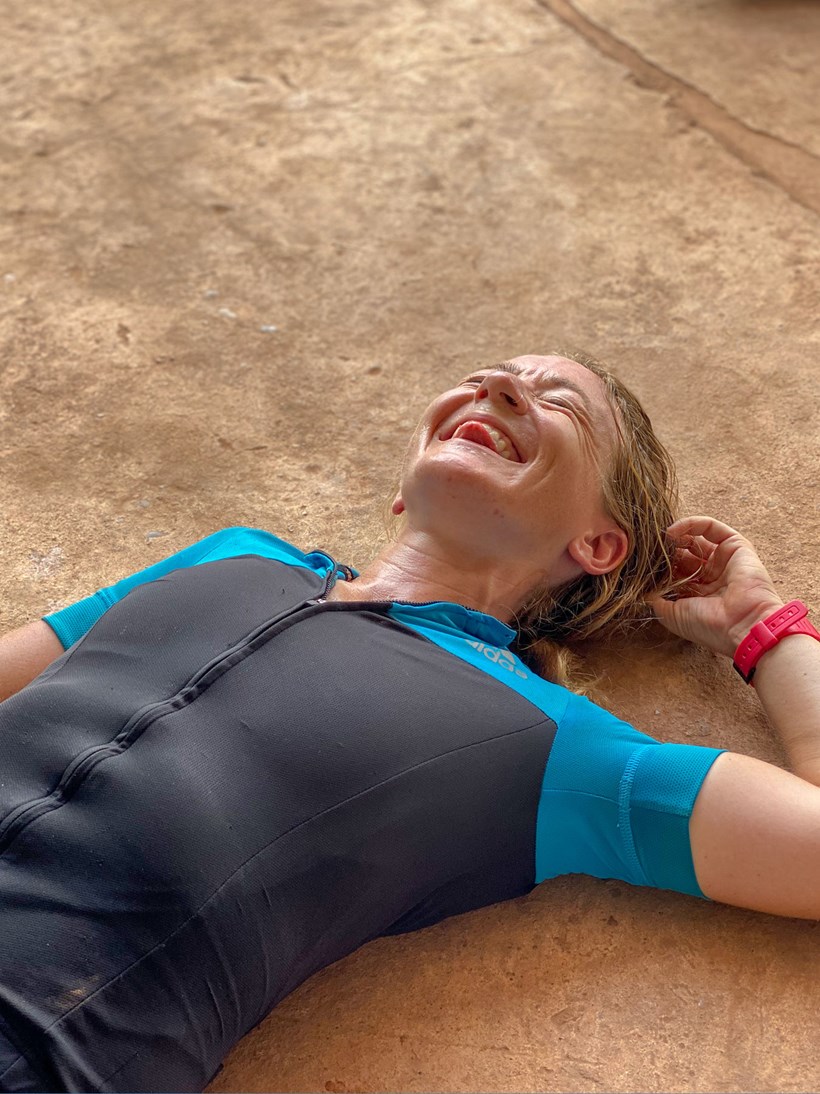 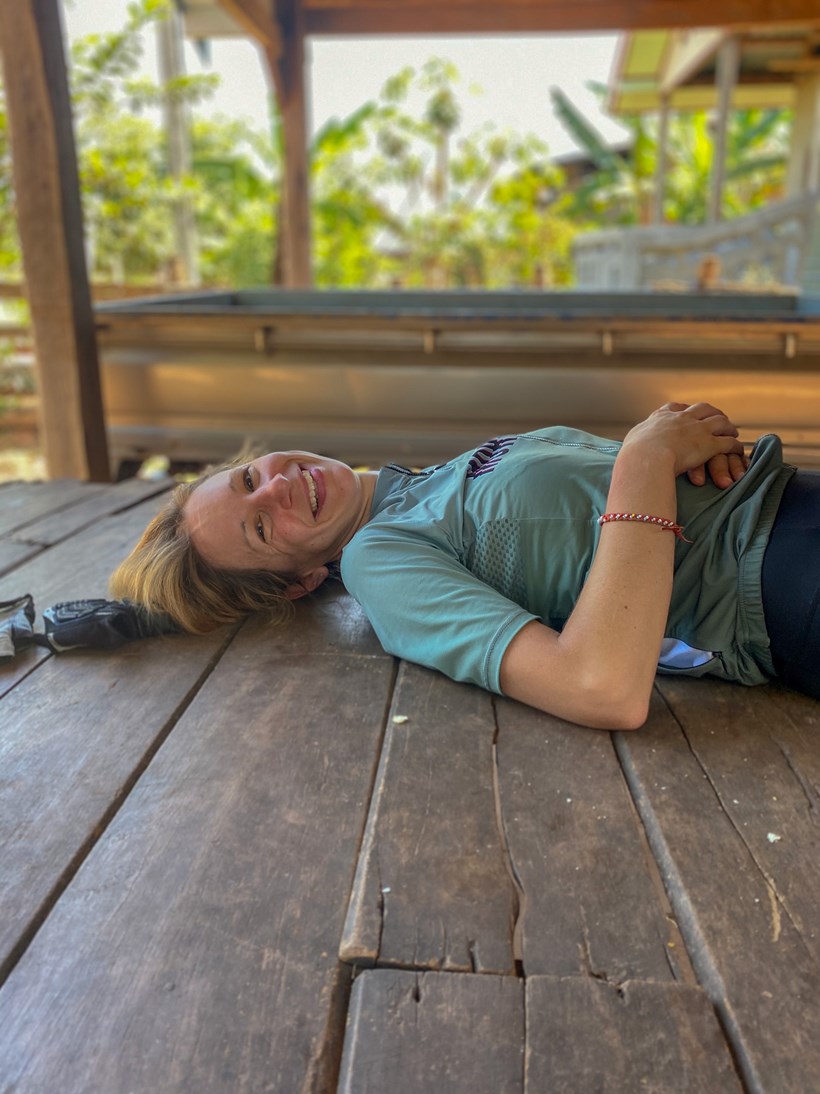 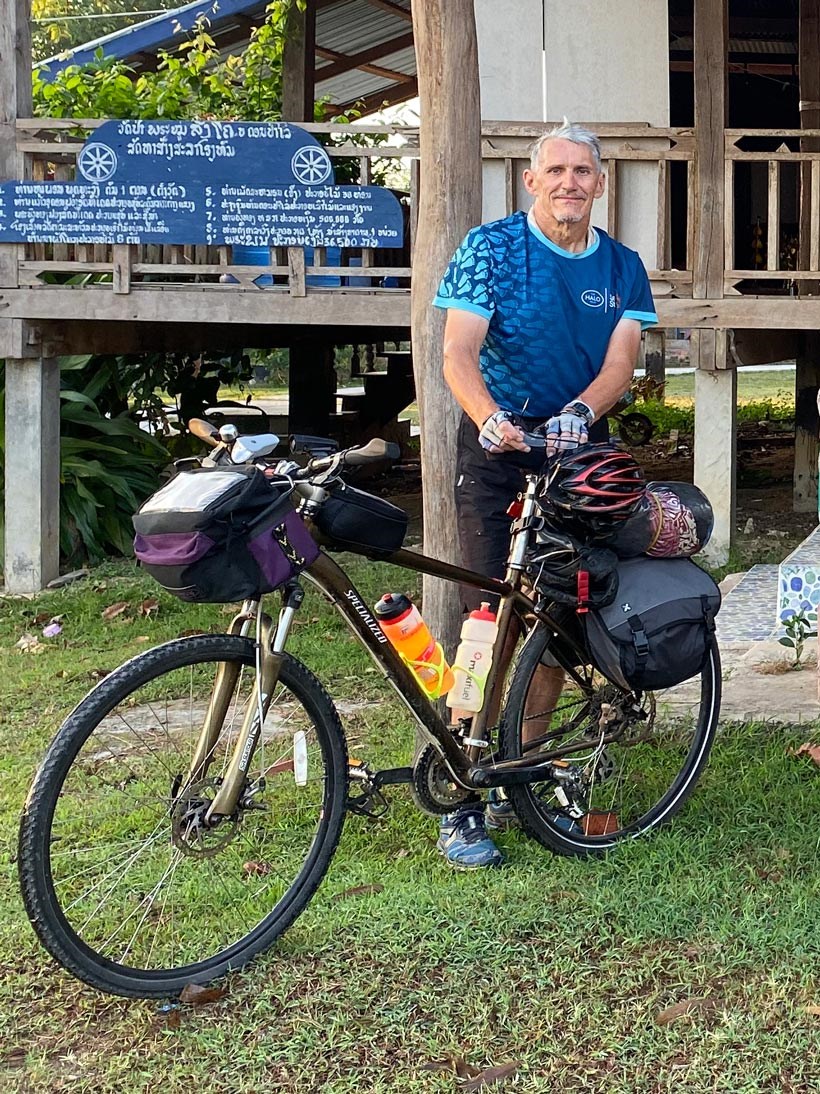 We took the morning to recover in Pakse with a traditional Laos massage for our battered bodies. After a brief stop at the hospital to ensure Carly’s severe chest pain was nothing sinister, it was time to get back on the road.

Each small district in Laos has its own speciality, so as we travelled along the road we moved from basket weavers, to lotus seed sellers, coconuts and banana stalls. 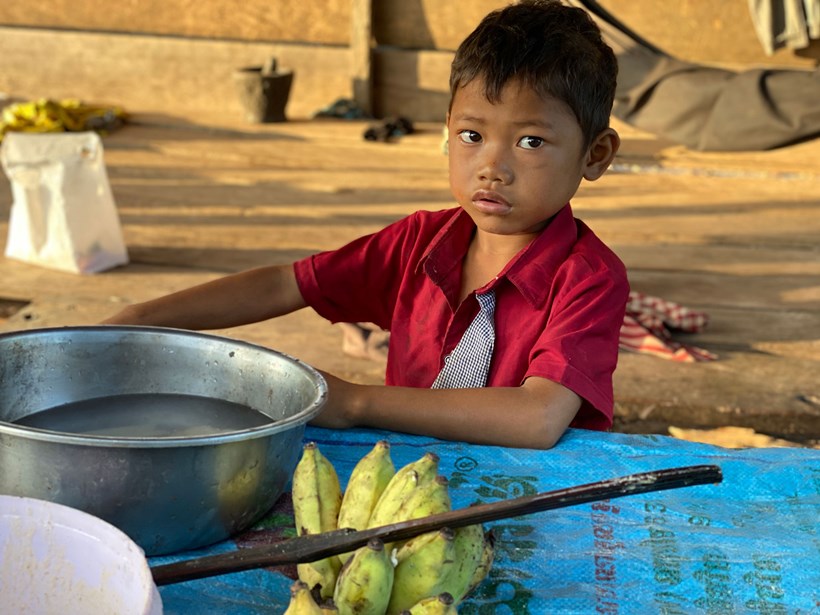 This was a very exciting day as we struck out towards the Cambodian border at Veun Kham. Crossing a country border by bike was a first for all of us.

HALO has been working in Cambodia for 28 years and employs around 1000 local staff, clearing hundreds of landmines every month.

On crossing the border, the tarmac road literally disappeared and as the light started to fail we desperately hoped that the border official’s advice that there wasn’t a guest house for another 70km was wrong! 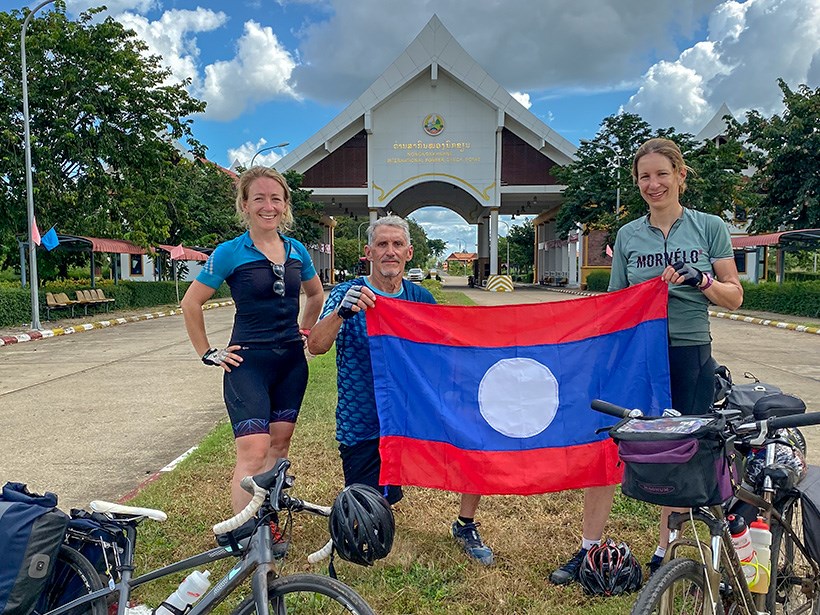 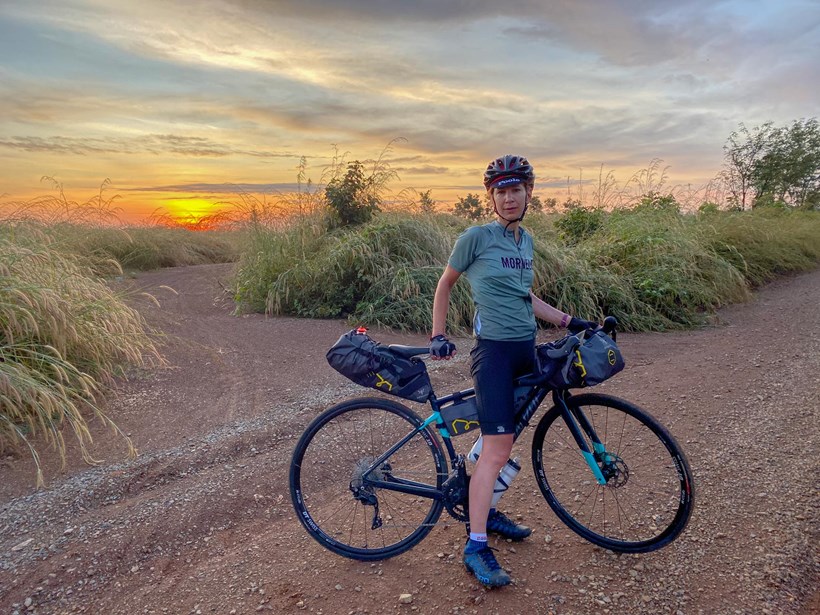 Another dawn start to continue along the non-existent road. We discovered Cambodia was far hillier that Laos and a headwind at 37 Degrees Celsius was like cycling into a hairdryer on full blast.

We were waved on our way by children heading to school. Around half of Cambodia’s minefields have now been cleared, but there are still many children whose lives are put at risk every day by the landmines that remain.

As we headed toward Chhaeb, we saw the unmistakable red wings of a HALO landrover and had a happy reunion with Cambodia Operations Manager, Ele Porritt, and translator, Toeur. It was hard to wave them off but we’d spotted our first sign for Siem Reap—only 284km to go! 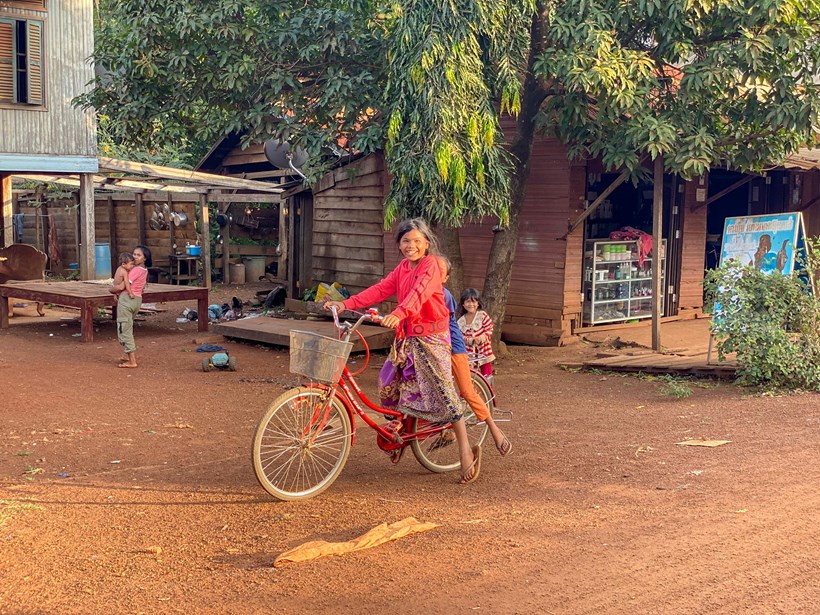 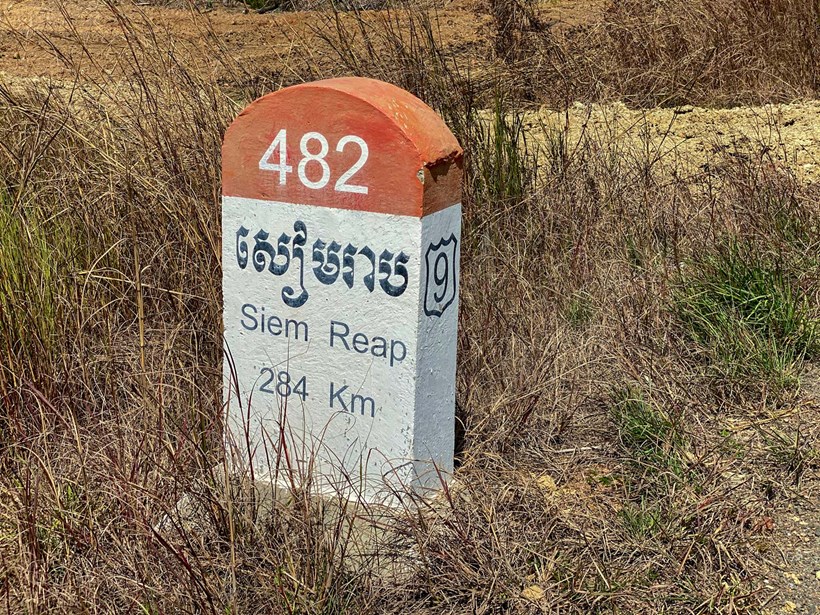 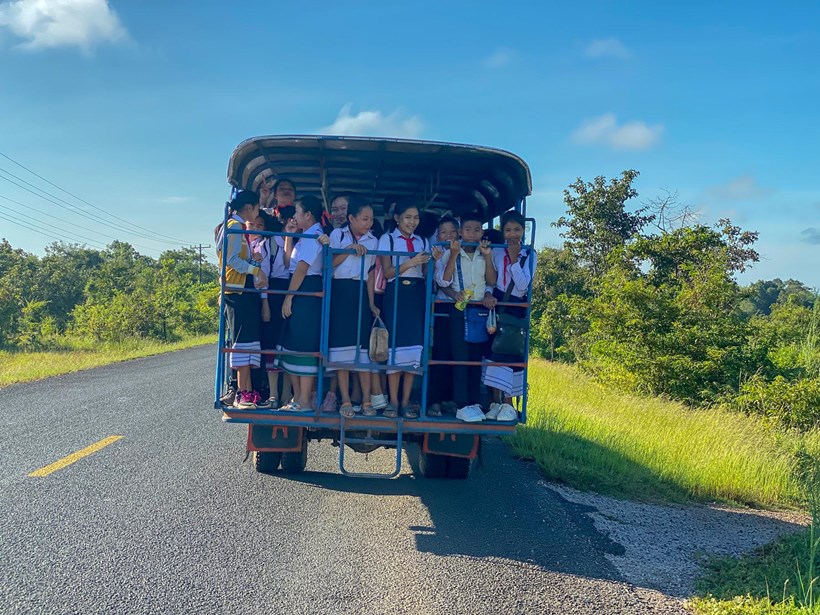 The joy of travelling by bike is all the people you meet along the way. Today we stopped to talk with a banana seller and her grandchildren and in the afternoon were treated to an English lesson from some children we met at a temple. Our bed for the night was in a traditional Cambodian house, owned by an amazing old lady who had lived there for generations.

Our bodies were starting to reach breaking point. Sitting on the saddle had been painful since about day three but the end was in sight! 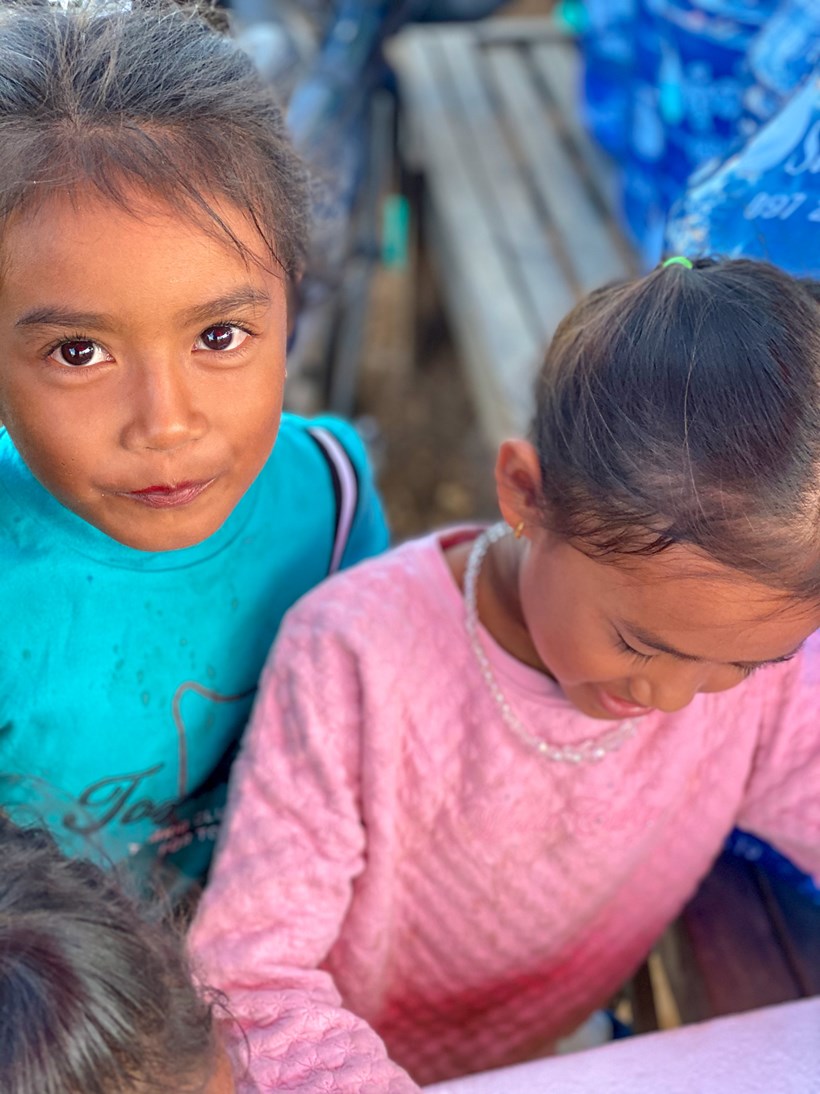 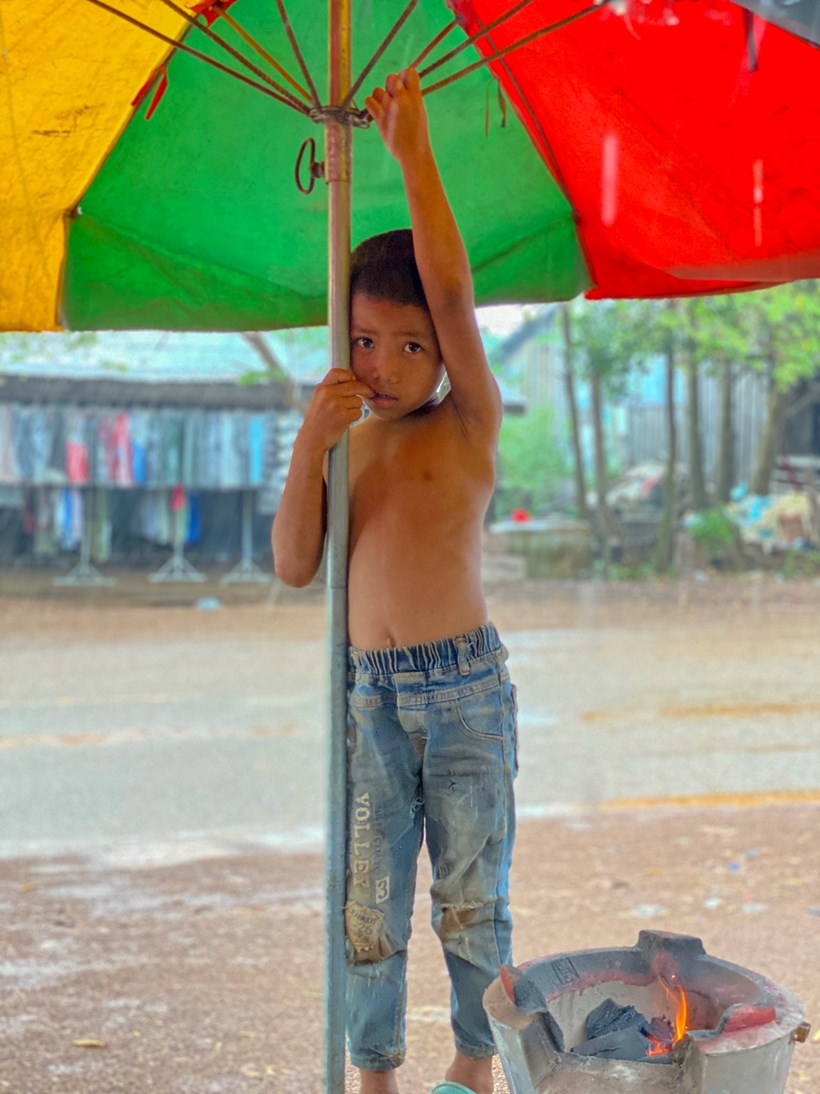 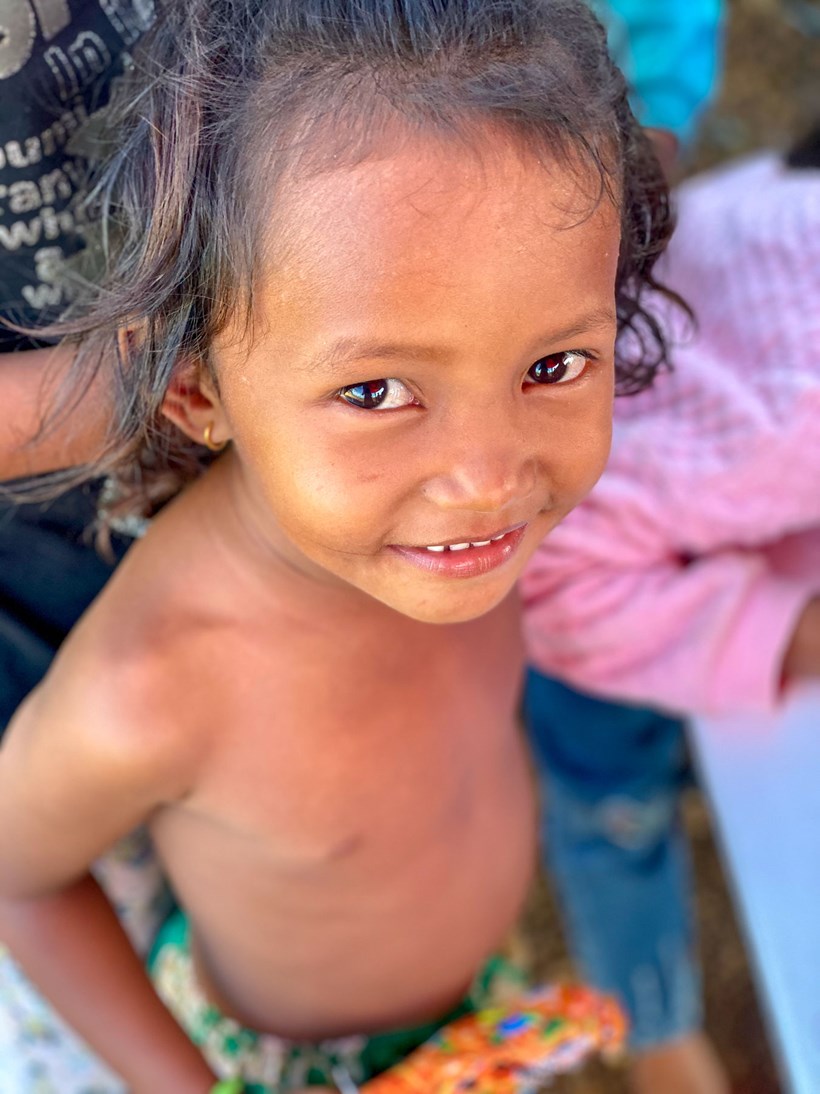 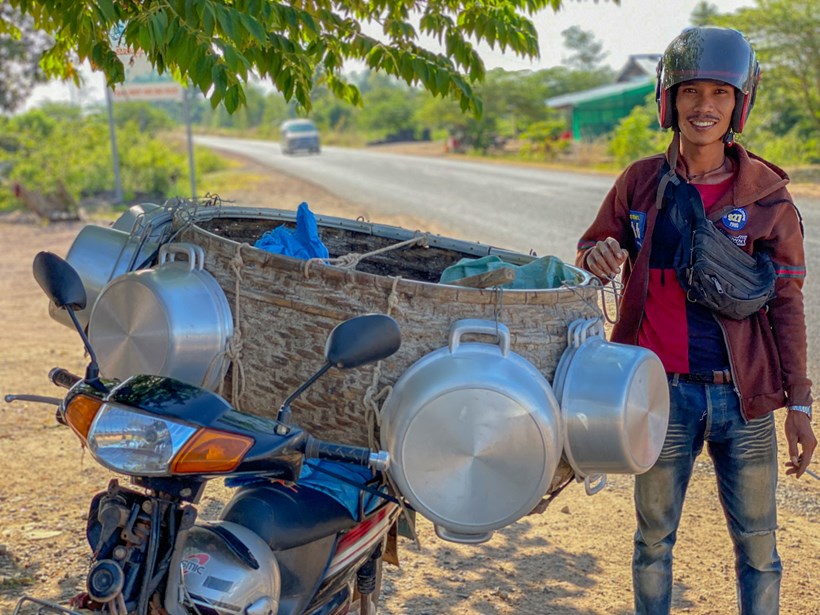 We couldn’t quite believe it was the final stretch to Siem Reap. The first 40km flew by before we somehow managed to get lost and, distressingly, our final destination kept getting further away.

As Carly described, when we set off on the journey we had no idea if we were capable of cycling 1000km and even on the final day, as extreme exhaustion set in, we had moments of doubt. Thankfully our consistent reaction when the going got tough was to laugh hysterically then carry on.

We entered Siem Reap to a monsoon rain shower and a wonderful welcome from the Cambodian team. 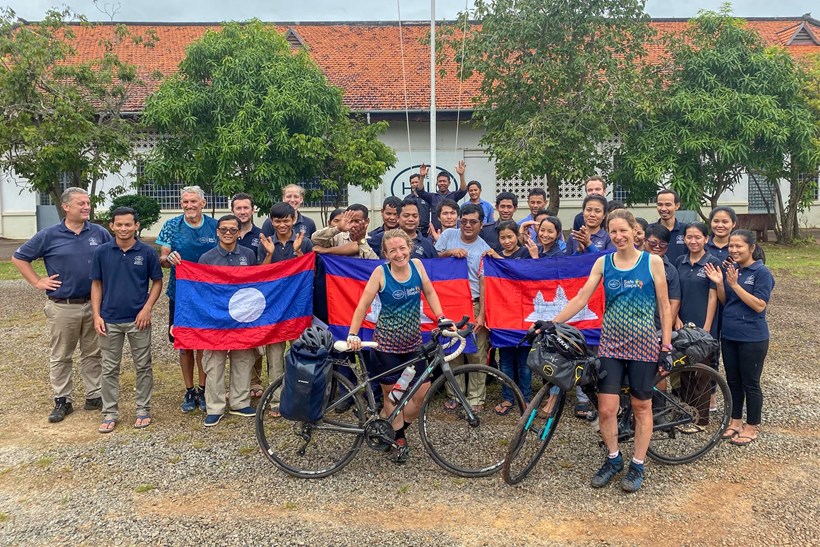 If you’d like to support our ride and the life-saving work HALO does around the world please donate using the button below.

All donations made before 22nd December will be doubled by the UK government as part of our Breaking Boundaries appeal. 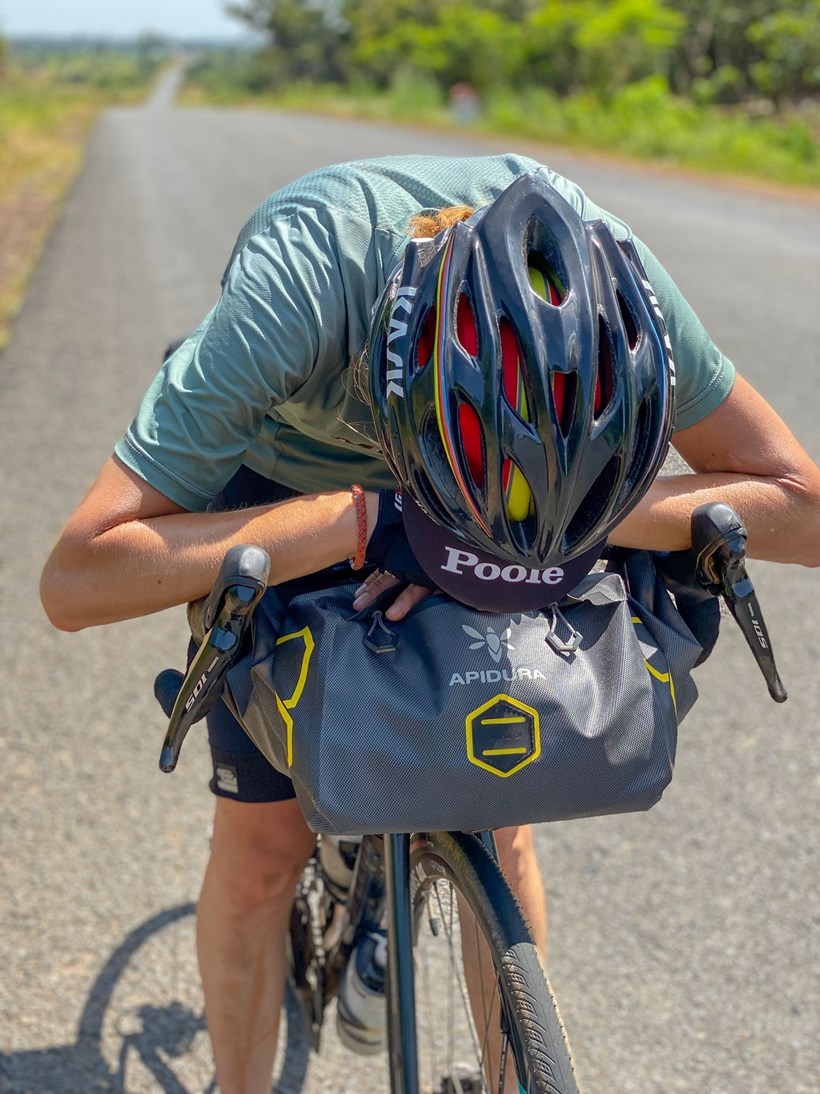 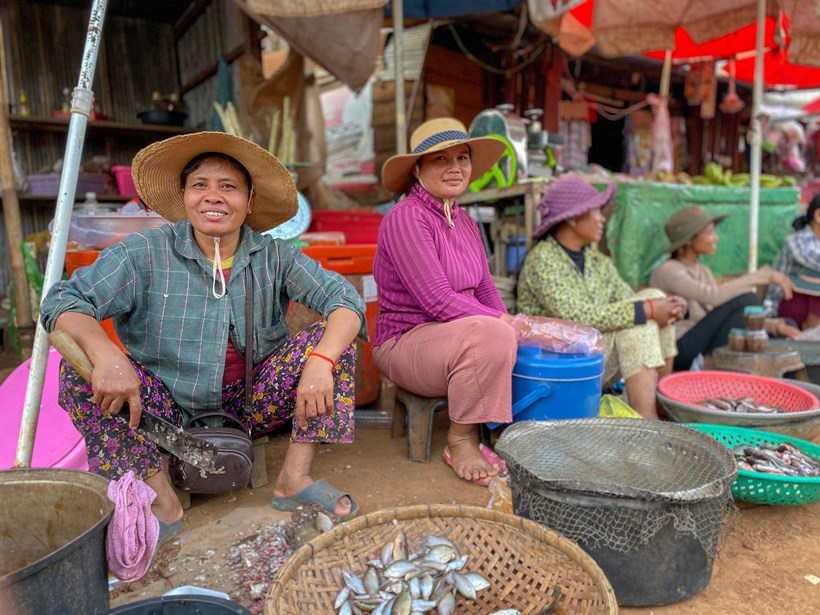 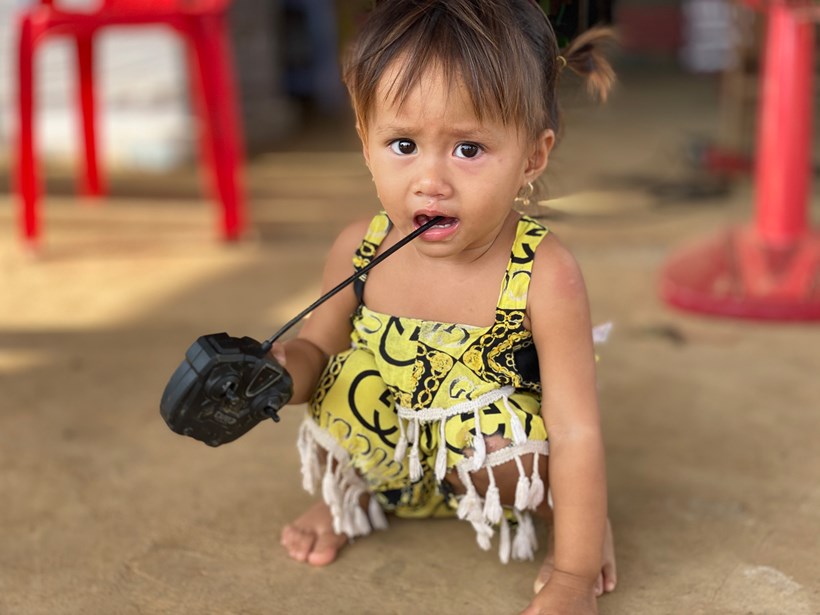 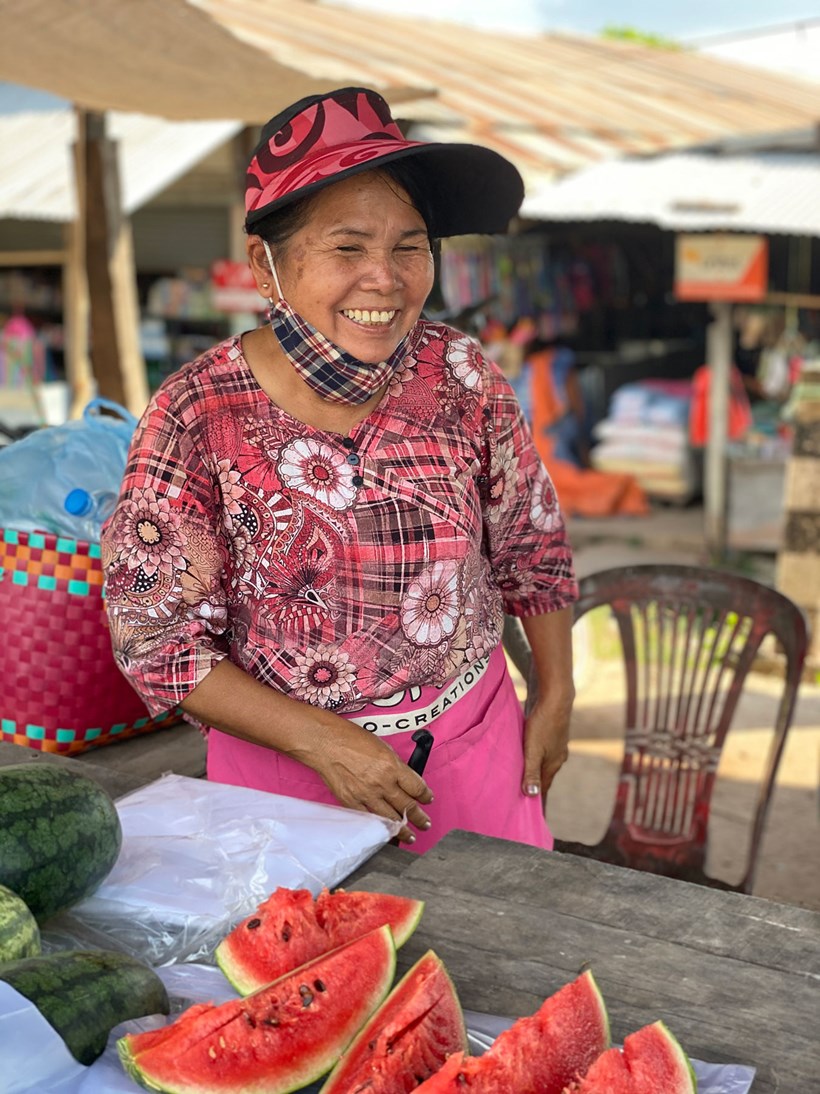