The Road to Recovery: Primorsky One Year On

On the east coast of the Black Sea lies Abkhazia, a place of beautiful mountains and forests. In the Gudauta region is the small village of Primorsky. One year ago, the peace of the local residents was shattered when an explosion tore through a nearby military ammunition warehouse. Thousands of bombs and ammunition were thrown over a vast area. Three people were killed and 64 were injured. Twelve houses were completely destroyed and over 100 damaged. The fallout from the blast littered the village and surrounding land with thousands of explosives including huge aircraft bombs—posing a serious threat to local people.

HALO immediately began work to make the area safe, clearing high risk areas around homes and schools first, destroying more than 33,000 explosive items in the process. One year on the village is beginning to rebuild and confidence is returning. 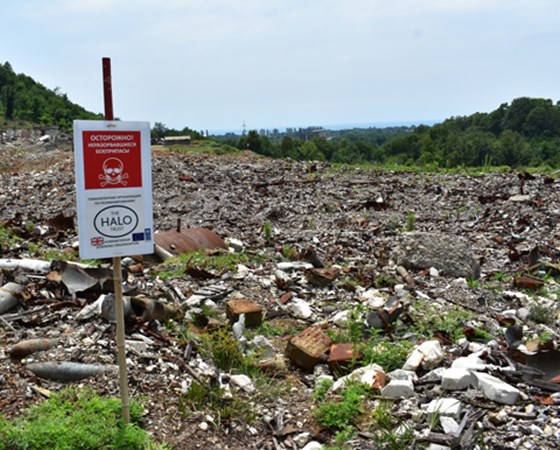 THE SITE OF THE EXPLOSION

At 4pm on 2nd August 2017 a military store close to Primorsky village exploded, littering homes and fields with 100,000 items of unexploded ordnance. For the next two days the village was rocked by detonations. 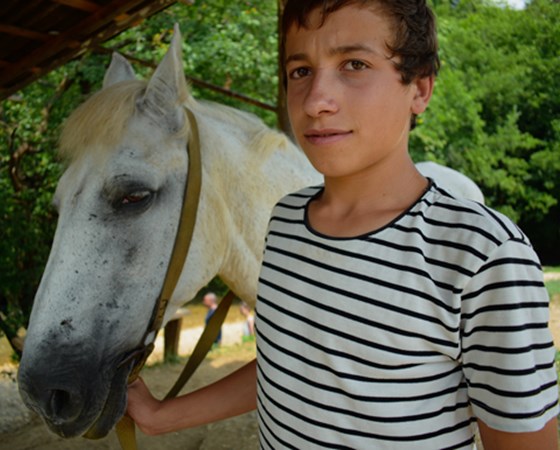 Felix Matua, aged 15, had been guiding three tourists in the nearby mountains when the explosion happened. Two tourists were killed and Felix was knocked unconscious. When he woke the landscape he knew so well had been left unrecognisable by the force of the blast.

"There were so many explosions, all day and night, it didn't stop. With all the burning, night became as light as day. I ran to my brother's house where I could hide. There were eleven children there—thank God none were injured but we had to pull other people from their houses." Levars Otirba, local resident. 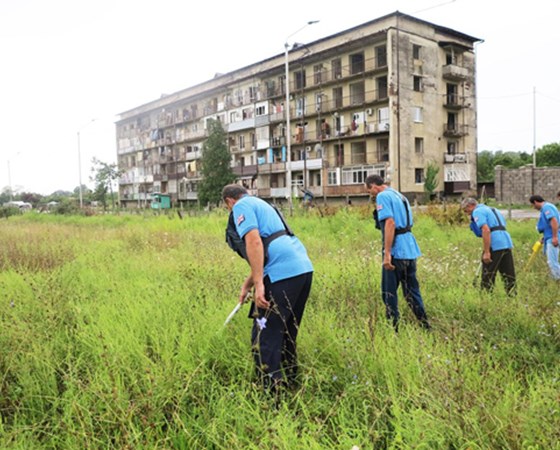 ARSAUL STREET IN THE DAYS AFTER THE ACCIDENT

HALO brought in specialist teams to begin to remove the explosive debris from homes, fields and streets. In the past year they have cleared more than 1.1 million square metres of land. 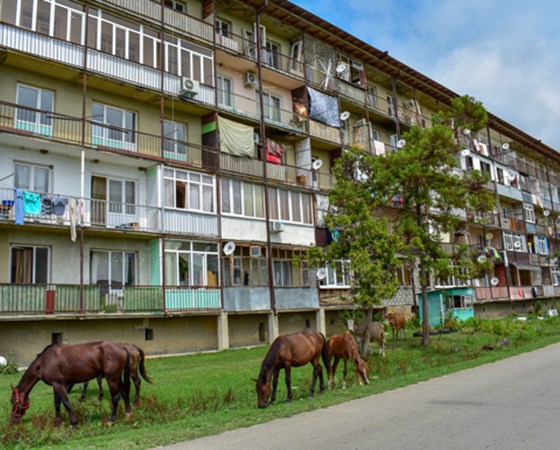 The ground outside these flats on Arsaul street was littered with explosives but today the land is safe once more, animals can graze peacefully and children play without fear.

"We couldn’t even walk there were so many explosives left behind. My home was damaged by an anti-tank grenade. But HALO did so much work here—it’s difficult to explain how much work was done here." Tuman Trapsh Akhmatovich, Primorsky sheep farmer. 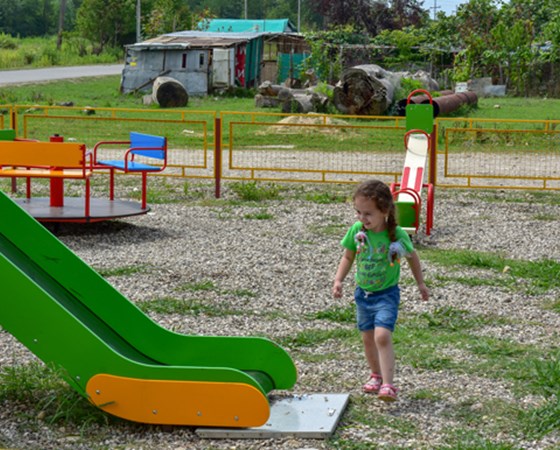 CHILDREN RETURN TO THE VILLAGE

Fearful of accidents, many families sent their children away to stay with relatives after the explosion. In the last few months they have begun to return thanks to the work of HALO's clearance teams. 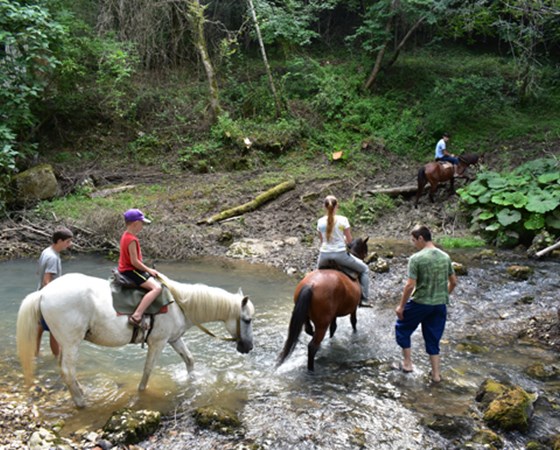 TOURISTS ARE VISITING ONCE AGAIN

Temuraz Avidzba runs a horse riding stable and relies on tourists for business. When the explosion happened he lost many of his horses and for a long time tourists were too frightened to visit Primorsky. Today visitors are starting to come back and business is improving. 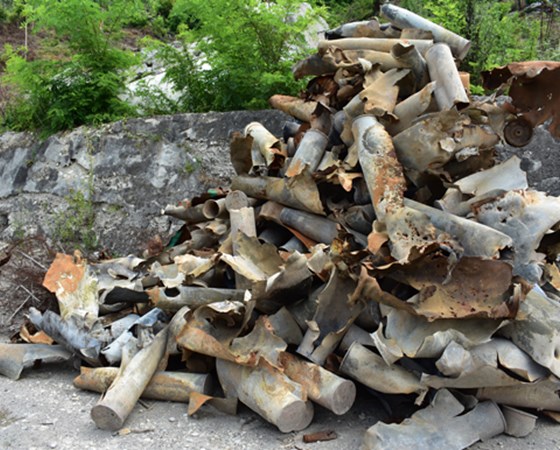 THE SCALE OF THE TASK

The scale of the task to ensure Primorsky is safe is huge. There are an estimated 100,000 unexploded items at the site of the blast alone but the hard work and dedication of our local staff means we have already destroyed more than 30,000 items. 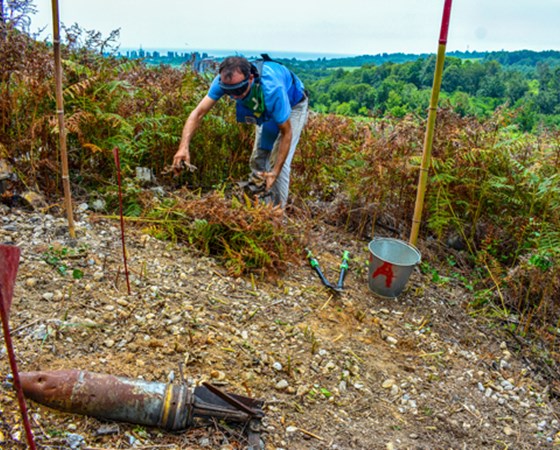 Here a HALO deminer has located and marked an anti-tank shell with a red flag—so it can then be safely destroyed. This is just one of thousands of bombs that need to be removed.

There is still much work to be done to remove all the explosives from Primorksy but one year on from the terrible accident huge progress has been made, allowing the village and its residents to begin to rebuild their lives.

"To HALO and their supporters I can only say one thing: 'thank you very much.' The deminers have done so much work here. Around us were so many explosives but nobody has had an accident and this is why I want to say thank you." Tuman Trapsh Akhmatovich

HALO's work in Primorsky has been made possible thanks to the support of the local authorities and funding from the UK Government through CSSF and from the European Union through UNDP.