Mozambique's fifteen year civil war claimed a million lives.  About five million people fled their homes and Mozambique became one of the most mined countries in the world.

The government of Mozambique declared the country mine free in September 2015, shortly after The HALO Trust cleared the last known minefield on its territory.

Before HALO began its pioneering clearance programme in 1993, landmines caused hundreds of accidents a year, including fatalities and amputations. Although accurate figures are difficult to obtain, some estimate that in the early 1990s there were 600 mine and ordnance accidents per year.

HALO employed more than 1,600 Mozambican men and women  over the course of twenty-two years, drawn from every province in Mozambique. Using both manual and mechanical de-mining methods, we cleared more than 171,000 landmines - about 80% of the total mines destroyed. In 2013 there were eleven reported accidents – a significant reduction when compared with the early 1990s.

View our mine free Mozambique infographic.

The impact of mine clearance, by HALO and other demining organisations, has been felt all over the country, from the most rural communities to cities like Maputo.

Ridding Mozambique of landmines brings enormous benefits to its 26 million citizens. Communities  can  now  cultivate  crops  and  graze  livestock  safely.  Mine clearance  has enabled the country to develop its infrastructure, access vital commodities such as gas and coal, increase tourism and attract huge international investment. Since, 1993 when HALO began work, Mozambique's GDP has grown 7% a year and is now one of the world's fastest growing economies.

At the time of the announcement of mine free Mozambique, James Cowan, CEO of The HALO Trust said:

Mozambique is a compelling example of how dealing with the deadly debris of war systematically and in partnership with government, local people and donors can bring stability, recovery and growth to countries ravaged by war. HALO is proud to have been part of such a powerful legacy and hopes today's news provides the momentum to strive for a mine free world by 2025.

Alberto Augusto, Director of the Mozambique Institute for Demining added:

This is a proud day for Mozambique. Ridding our country of landmines was tremendously difficult, but the bravery and determination of our demining teams proves to the world that it is possible for countries to become mine free. We are truly grateful to those who risked their lives in order to protect those of our children and future Mozambicans.

Mozambique is a beacon of hope to the 56 countries that continue to live with a legacy of landmines. Under the International Mine Ban Treaty, countries agree to clear all mined areas in their territory as soon as possible but within 10 years. Given the heavy contamination in many of these countries, it has been a challenge to meet the deadline. However, as we have now shown, with political will, the right commitment and continued investment, we can finish the job. Countries not receiving enough support, such as Afghanistan and Angola, will take more than a decade to clear with current numbers of deminers, but others, such as Georgia, Sri Lanka and Somaliland can be completed in a few years. 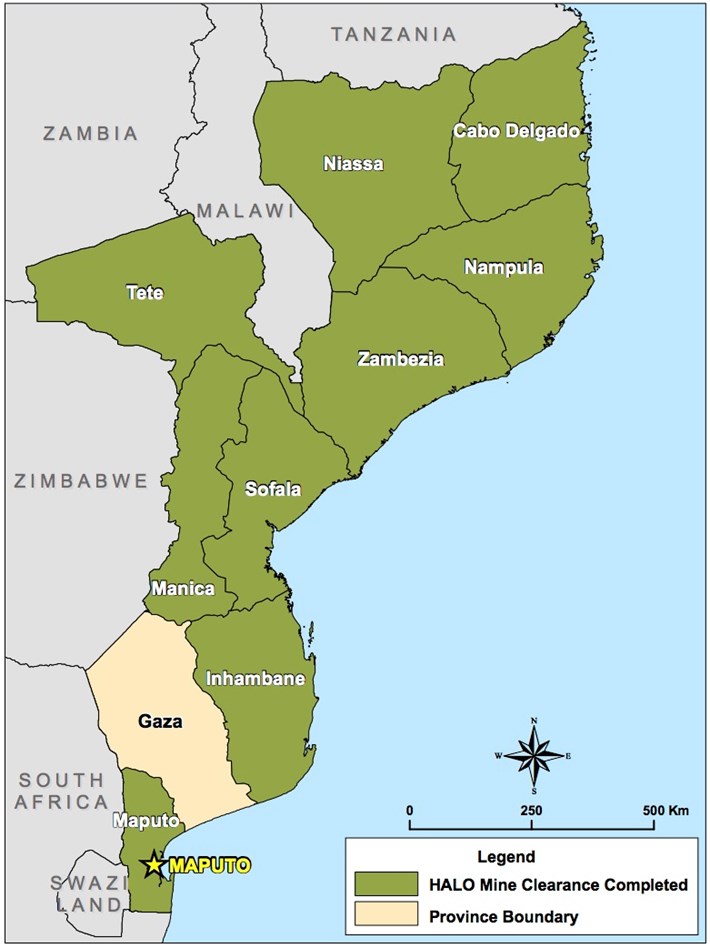